When I shared images suggesting that Jesus might have been a liberal Jew or Jewish liberal, it generated interesting discussion. So I thought I would share these and see what people think of them: 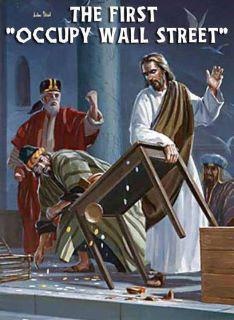 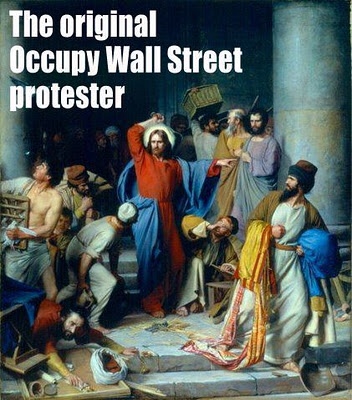 I toyed with titling this post The First “Occupy David Street” because that is one famous shopping street in modern-day old Jerusalem. But I suspect that “Occupy Wall Street” works every bit as well, since if there were people engaging in commerce in or near to the outer court of the temple, it was surely not far from a wall.

Be that as it may, Jesus certainly was not the first to engage in a prophetic critique of profit-making. And indeed, it is debated whether the so-called “temple tantrum” was about protesting making money off of pilgrims, or a symbolic act portending the temple's destruction, or something else.

What do you think Jesus' act of driving moneychangers and sellers of animals out of the temple was intended to achieve or convey?