In Revelation 14:6-7, the author says that he saw an angel bringing the eternal gospel in order to proclaim it to every nation, language, and people. Futurist interpreters claim that this shows that by that stage all Christians have been raptured or killed, and so an angel has to deliver the message. But anyone who reads Revelation carefully will note not only the absence of a “rapture” but also that it is a false dichotomy which suggests one has to choose between something being done by humans or by angels in the Book of Revelation. Indeed, very often angels represent rather than replace human communities. 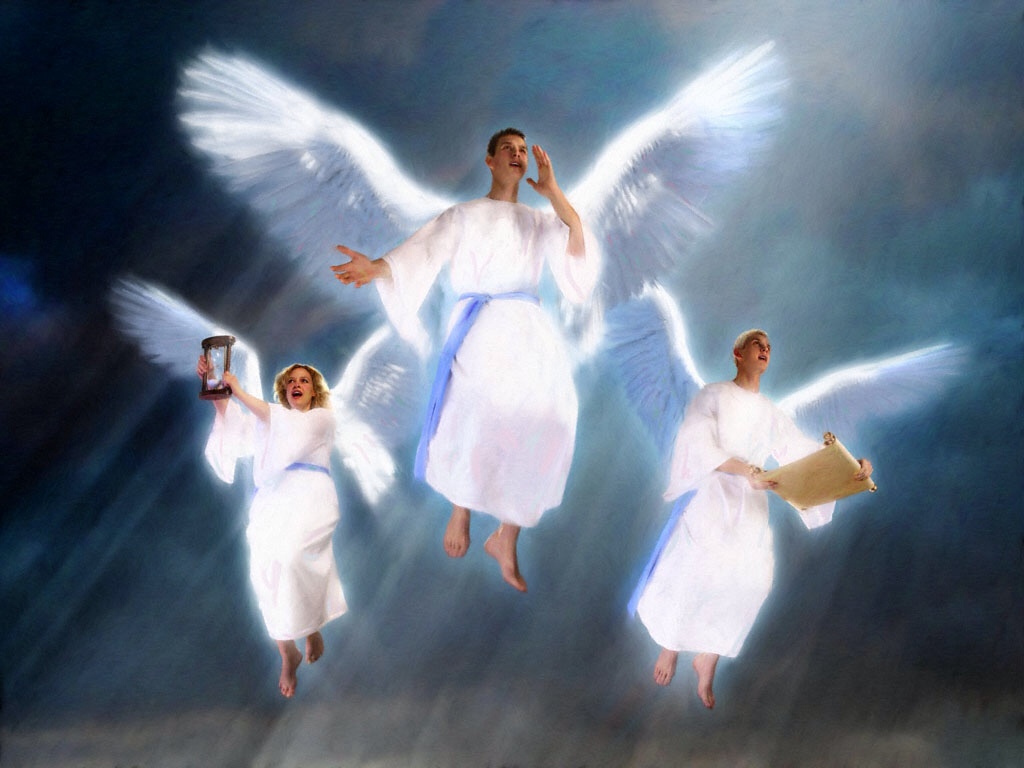 What I find most interesting in the passage is what we are presumably to understand to be the eternal gospel that the angel proclaims, quoted in v7:

He said in a loud voice, “Fear God and give him glory, because the hour of his judgment has come. Worship him who made the heavens, the earth, the sea and the springs of water.”

This is the only occurrence of the word “gospel” in Revelation. If what the angel says is indeed the gospel as the author understands it, reduced to its most basic and essential summary, then it is striking in its simplicity. It could even be boiled down further, presumably, to “Worship God.” Such an understanding reflects a preservation of the theocentricity of Jesus' own proclamation of the “good news,” as well as the Book of Revelation's focus on worship as the make-or-break issue facing humankind. The choice as the author of this work sees it is between glorifying the Creator and adoring emperor and Empire.

Can you imagine how different Christianity and Christian relation would be if Christians in fact treated this as the essential gospel, and everything else as something that it is possible to discuss and disagree about without it leading to a rupture of unity and fellowship?

My Sunday school class has been in chapter 14 of the Book of Revelation for the past two weeks, and I will be sharing some more thoughts, insights, and interesting discussions that have come up there in separate posts by theme or topic, rather than lumping them all together.

In the mean time, I invite discussion of Revelation 14:6-7. Do you think that “Worship God” was the essence of the Gospel for this early Christian author? How do you think Christianity might look differently if Christians made that, and that alone, their essential core message and identity?

October 27, 2012
Thoughts on the "Authority" of the Bible
Next Post

October 28, 2012 Frankenstorm
Recent Comments
4 Comments | Leave a Comment
Browse Our Archives
get the latest from
Religion Prof: The Blog of James F. McGrath
Sign up for our newsletter
POPULAR AT PATHEOS Progressive Christian
1