It’s Not Just the Kids 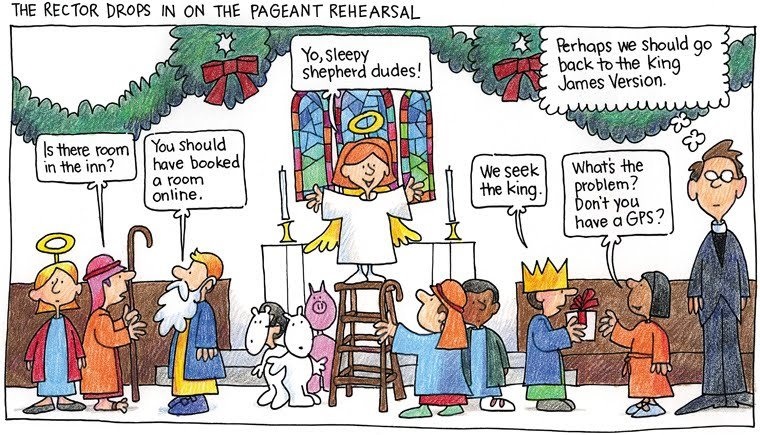 We can all chuckle at the way new technological and other assumptions change the perception of the Christmas story.

But the proposal of the vicar in the cartoon – to go back to the King James Version – is not a solution that will work. Because it isn't just younger people reading modern versions who misinterpret because of their historical and cultural standpoint. We all do it. From the assumption that there is a reference to an “inn” in Luke to the assumption that Matthew really means that there were literally 42 generations from Abraham to Jesus, we misread, misperceive, and misconstrue. Even those of us who have taken the most steps to inform ourselves about the relevant language, history, and culture cannot entirely avoid doing so.

December 11, 2012
Why Nero Was Infamous: A Student's Perspective
Next Post