“Were You There?” Ken Ham vs. the Book of Job 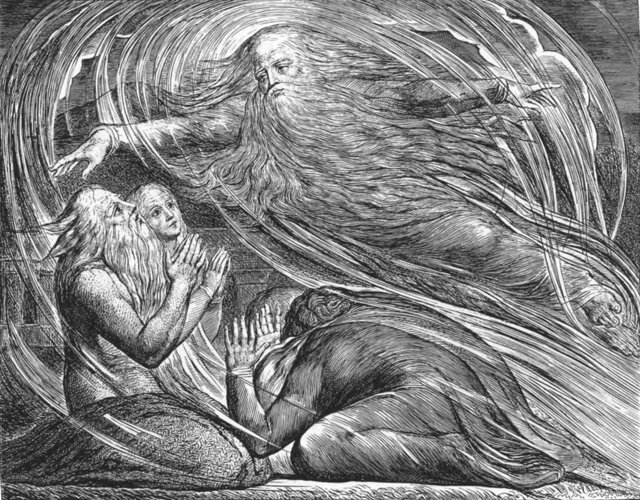 If that is his source for it, then it shows that his incomprehension of Biblical literature is more severe than I thought.

The message of the entire Book of Job is focused on the limitations of human comprehension, and about the fact that, when we try to force experience or other new data to conform to our preconceived theology, rather than allowing our assumptions to be challenged by new information, we badly misrepresent God. The message of Job is diametrically opposed to the stance of Ken Ham.

The final appearance of God makes this point emphatically, and draws attention to the natural world in order to emphasize human incomprehension of the wonder of the created order. But when we look at some of the details, it raises still more issues for young-earth creationism's approach to the Bible. Could you imagine the impact the speech to Job would have on science, if used in the manner in which Ken Ham and other young-earth creationists are accustomed to treat the Bible? It does not only ask “Were you there?” but also mentions storehouses for snow and hail, which ancient people assumed to literally exist, but which today we do not, because we understand weather in light of new scientific information. Ought we to challenge secular meteorology on the basis of this passage?

If the Book of Job is the source of Ken Ham's phrase, then he seems to be putting himself in God's place (a rather serious sin), rather than putting himself in the place of Job and humbling himself before God. If that is where he adopted the “Were you there?” question from, then Ham is arrogantly abrogating for himself a claim to divine knowledge, and completely missing the book's point about human ignorance.

March 19, 2013
Whom to Really Thank for the Death Star's Destruction
Next Post

March 19, 2013 Changing History
Recent Comments
7 Comments | Leave a Comment
"Well written. Good insights. I enjoyed the show.As to a resurrected Picard in the android ..."
Dalek1963 Gods of Star Trek: Picard
"I'm not sure that I trust the judgement of someone who says, "And even if ..."
David M Copycat Anti-Religion
"David Kyle Johnson over at DC just posted a defense Calvin and Colombetti's article and ..."
John MacDonald Copycat Anti-Religion
"I'm not going to read the post because I've only seen episode 1 and don't ..."
John MacDonald Gods of Star Trek: Picard
Browse Our Archives
Follow Us!