Doctor Who: The Crimson Horror

“The Crimson Horror” brings together a team of characters to tackle a somewhat stereotypical evil, but with some interesting religious elements to explore for those interested in the intersection. Spoilers ahead!

The story is set in the Victorian Era, with Vastra, Jenny, and Strax providing heroism and laughs. It begins with a mystery – dead bodies have been turning up, colored red. Early on, mention is made of the idea of an Optagram, which Vastra calls it the “silly superstition that eye retains image of the last thing it saw.” This is used to clever effect as it turns out that there is something to this – and the last thing the dead man saw was the Doctor!

Later in the episode, the Doctor refers to it as a Romani superstition, but he says it works if the chemical composition of the person/eye is changed in the right way. And so here we have the familiar element of a quasi-scientific explanation being offered for something superstitious, so that it becomes possible for it to actually happen.

The investigation leads to one Winifred Gillyflower, who gives a lecture – or perhaps it should be called a sermon – on the present moral decay. She talks about the end of days, judgment, and apocalypse, and then offers as a safe haven Sweetville, which she refers to using the Biblical idiom of a “city on a hill.” And they sing a bit of the Hymn “Jerusalem” – and later Gillyflower's blind daughter will say to an incapacitated Doctor, “Imperfect as we are, there will be room for us in a new Jerusalem.” 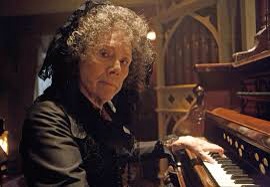 The religious themes continue as we discover Gillyflower's aim to wipe out kife in Earth using an ancient toxin. She has made arrangements for some to survive, and she refers to them as “My new Adams and Eves.”

“Victorian values” are mentioned again, as they were in “The Snowmen.”

The viewpoint of the Doctor, and the episode as a whole, is that religious apocalypticists are (or at least can be) “nuts” who actually long to see destruction come upon the Earth, and don't merely foresee it.

The ending has a nice element that explores what one would expect to happen in a world with modern technology and time travelers. The kids for whom Clara is a nanny discover photos of Clara from the past and realize that she is a time traveler – and threaten to tell their father. Will that be significant? Will Clara seeing a photo of “herself” in Victorian London – where she had not been – lead her to realize something of the mystery about herself that currently puzzles the Doctor?

The allusions to Tegan were a nice touch.

I enjoyed the episode – the right balance of the eerie and the comical for my tastes. What did you think of “The Crimson Horror”? 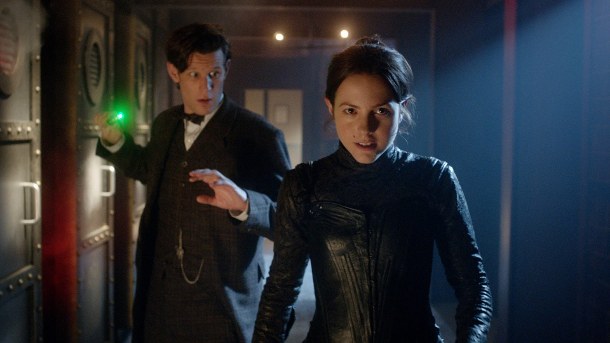 May 5, 2013 Happy Easter!
Recent Comments
10 Comments | Leave a Comment
Browse Our Archives
get the latest from
Religion Prof: The Blog of James F. McGrath
Sign up for our newsletter
POPULAR AT PATHEOS Progressive Christian
1