Is Claiming the Holy Spirit as Author of the Bible an Unforgivable Sin?

Is Claiming the Holy Spirit as Author of the Bible an Unforgivable Sin? May 31, 2013 James F. McGrath

I have been having a Facebook interaction with someone who claims that the Holy Spirit is author of the writings in the Bible. 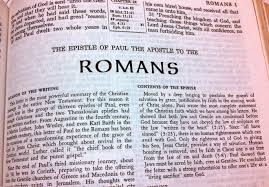 On the one hand, this claims does not seem to make sense, since the same person also claims to accept that there were human authors as well. But what does it mean to say that Paul authored or composed Romans (Tertius wrote it), and at the same time that the Holy Spirit wrote it? If Paul did not choose the words, if they were not his ideas, then there is no meaningful sense in which he was the author.

May 31, 2013 Mandaean Resources Online
Recent Comments
30 Comments | Leave a Comment
"No, that's not what I am saying at all. I'm talking about modern scholars. Why ..."
James F. McGrath Tampering with the Words of the ..."
"Are you opining that early Christians affirmed that their sacred texts are authentic? I would ..."
Enlightened Tampering with the Words of the ..."
"What literary evidence exists besides Torah that Moses led Jews out of Egypt? Furthermore, what ..."
Enlightened Tampering with the Words of the ..."
"Thank you, Dr. McGrath, I appreciate your opinion and support. I believe in treating people ..."
gloriamarie Q Coup Take 2?
Browse Our Archives
get the latest from
Religion Prof: The Blog of James F. McGrath
Sign up for our newsletter
POPULAR AT PATHEOS Progressive Christian
1