Jesus and the Bible

This is the latest cartoon from David Hayward: 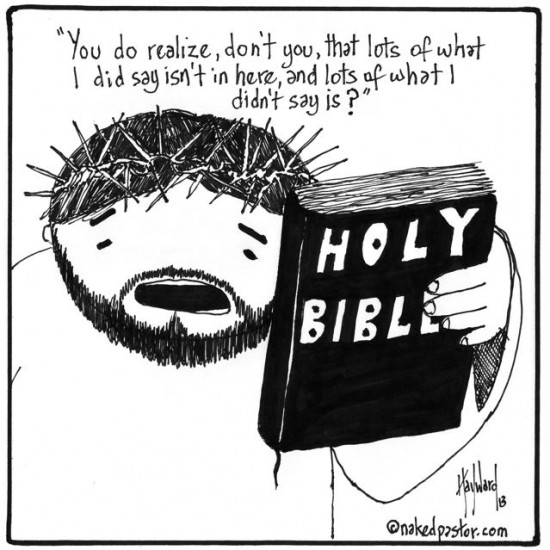 The first point is explicitly stated within the Bible itself: John 21:25.

The second is clearly evidenced for careful readers of the Bible. Each Gospel has distinctive stylistic features, and contains material attributed to Jesus which is not found elsewhere and matches the author’s style and emphases. We see this most clearly in the Gospel of John, which turns Jesus into one who strides the Earth conscious of having pre-existed in heaven, something that no other Gospel depicts. But it is there across all the Gospels. There are also additions and subtractions when we compare different versions of the same story or saying.

This is one reason why, if you are a Christian, it is important to ask: is your Christianity bibliocentric or christocentric?

On a related note, I’ve also been meaning to share something someone said on Facebook which I happened to glimpse: “Jesus died so that I don’t have to read Leviticus.” I do think it was facetious and the context was the difficulty of Christians making sense of Leviticus.

June 4, 2013 New Game: What Does The Bible Explicitly State?
Recent Comments
0 | Leave a Comment
Browse Our Archives
Follow Us!