Rick Sumner poses some interesting questions on his blog The Dilettante Exegete – during some of which he has an imaginary gun to his head! 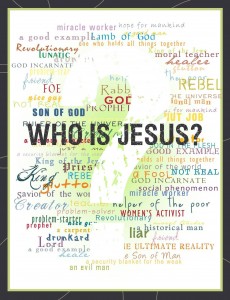 One that I think is particularly interesting is the question of what one ought to call the stance that there probably was a historical Jesus – the brother of the James whom Paul mentions meeting in his letter to the Galatians – but about whom we can say next to nothing, since the Gospel material cannot be used to reconstruct his life with a sufficient degree of probability.

“Jesus agnostic” doesn’t fit – it better describes the stance of sitting on the fence about whether there was a historical Jesus or not. And Sumner’s proposal of “functional mythicist” seems to me to be problematic, since it suggests that the stance is closer to that of the fringe internet viewpoint, when in fact it is a perfectly respectable stance held by mainstream historians and scholars.

So what are the alternatives? I’d suggest that either “Bultmannian” or “Jesus minimalist” might work. But what do others think?

On a related note, there is a recent article by Reza Aslan about what we can know about the historical Jesus.

July 20, 2013 Progressive Progress
Recent Comments
15 Comments | Leave a Comment
"James: "There isn't anything directly Galilean from precisely this time ..."I agree with all of ..."
robrecht Religion in Galilee and Judaea
"I was saying what I said, I thought clearly, that the historical Jesus was not ..."
James F. McGrath Jesus Wasn’t Unique
"James, first time on this site. Are you saying that Jesus was not unique in ..."
Thomas McGuire Jesus Wasn’t Unique
"I still don't believe that "cancel culture" is a real thing, except in the minds ..."
Harvey James Johnson As With Dr. Seuss, So With ..."
Browse Our Archives
get the latest from
Religion Prof: The Blog of James F. McGrath
Sign up for our newsletter
POPULAR AT PATHEOS Progressive Christian
1