The End of the 2013 ARAM Conference on the Mandaeans

The ARAM conference on the Mandaeans officially ended at 7pm this evening (although some of us hung out afterwards). Here is a final photo we took in front of the Oriental Institute with most of the attendees: 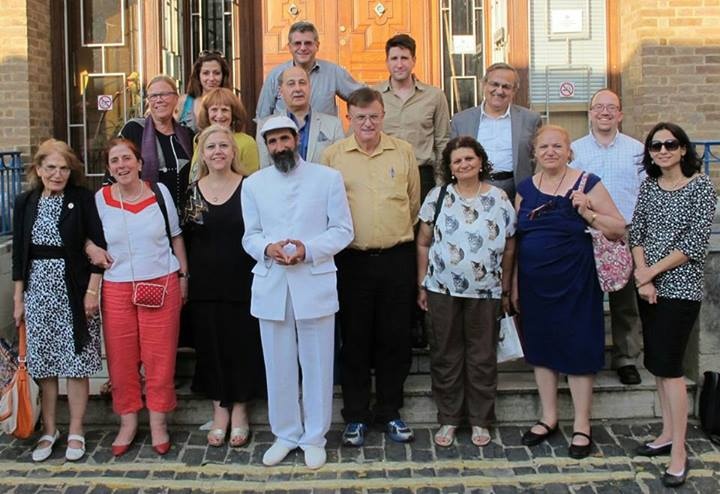 This includes the scholars as well as some Mandaeans who attended not because they are academics, but because they wanted to hear what academics say about their history, literature, and other aspects of their tradition. There are certainly a few more scholars who could have attended but were unable to for whatever reason. But presumably even if you imagine all of them attending and at most doubling the number present, this gives a sense of just how little is being done, and how much needs to be done but isn't, in this field, simply because there are not as many people working in it as one would expect, given how distinctive and fascinating it is.

Indeed, the point is clearer still when you consider the different specialties represented: a couple of historians of religion, a few linguists, a couple of people focused on the modern humanitarian plight of the Mandaeans. There are only a very small number of scholars working on any one aspect of the Mandaean religion, or Mandaic language, or their literature, and within those areas, there are more interesting questions to be investigated than there are people working on them.

As I keep saying, if the Mandaean texts were suddenly unearthed today, they would make headline news and there would be flocks of people eager to do doctoral dissertations on them. That this is not the case is puzzling and frustrating. But it is also an opportunity, for any who rise to the occasion.

I'll be leaving here to head back to the United States early tomorrow morning UK time.