You deserve to know my science for interpreting sacred texts. It is called a “hermeneutic.” Without an honest and declared hermeneutic, we have no consistency or authority in our interpretation of the Bible. My methodology is very simple; I will try to interpret Scripture the way that Jesus did. This is precisely what Christians should mean when we speak of interpreting the Old Testament in the light of Christ. Ironically, then, it is no longer old at all, but always fresh and contemporary! If Jesus himself is our interpretive key, it will allow you to take Jewish texts and history more seriously than ever before, and to appreciate the honest context from which Jesus spoke. 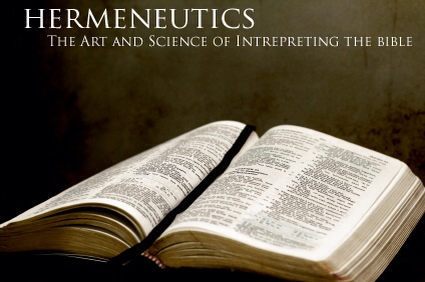 To take the scriptures seriously is not to take them literally. Literalism is invariably the lowest and least level of meaning. Most Biblical authors understood this, which is why they felt totally free to take so many obvious liberties with what we would call “facts.” In many ways, we have moved backwards in our ability to read spiritual and transformative texts, especially after the enlightenment of the seventeenth and eighteenth centuries when religious people got on the defensive and lost their own unique vantage point. Serious reading of scripture will allow you to find an ever new spiritual meaning for the liberation of history, the liberation of the soul, and the liberation of God in every generation. Then the text is true on many levels, instead of trying to prove it is true on just the one simple, factual level. Sacred texts always maximize your possibilities for life and love, which is why we call them sacred. I am afraid we have for too long used the Bible merely to prove various church positions, which largely narrows their range and depth. Instead of transforming people, the Biblical texts became utilitarian and handy ammunition.

July 27, 2013 Galileo Gambit
Recent Comments
5 Comments | Leave a Comment
"I wonder if there is a connection between the parables and the Gethsemane prayer in ..."
John MacDonald Mustard Trees and the Parables of ..."
"Psychoanalysis is not limited to Freud. But glad to see you clearly don't know much ..."
Chris H The Contradictory Dates for the Birth ..."
"Very cool. If you or anyone else is interested in this line of thought, some ..."
robrecht The Contradictory Dates for the Birth ..."
"That John may have understood himself as the Aaronic anointed one to be followed by ..."
James F. McGrath The Contradictory Dates for the Birth ..."
Browse Our Archives
get the latest updates from
Religion Prof: The Blog of James F. McGrath
and the Patheos
Progressive Christian
Channel
POPULAR AT PATHEOS Progressive Christian
1