The Sequel to the Good Samaritan

The Sequel to the Good Samaritan July 6, 2013 James F. McGrath

Rev. Brian Konkol recently wrote a guest post at Faith Forward about the parable of the Good Samaritan. Here is an excerpt: 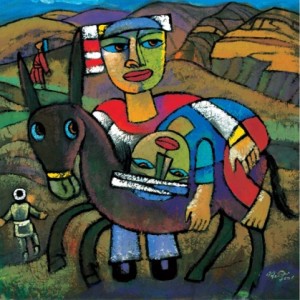 While the Parable of the Good Samaritan is brilliantly effective for what Jesus seemingly sought to promote, one can argue that out-of-context misinterpretations have since initiated numerous incomplete social movements, which in turn has led to the survival of unjust social structures. In other words, the narrative seems to promote short-term aid without addressing long-term justice, and the appearance of such an omission needs to be explored more thoroughly. For example, what were the social conditions that led to such a dreadful act of violence on the road to Jericho? Why was the stranger so brutally victimized at that particular location and not somewhere else? Was the event merely a crime of momentary opportunity, or was it a predictable outcome of a deeper societal illness? In other words, was short-term aid all that was necessary in response to the incident, or was the Good Samaritan later inspired to engage the dilemma through advocacy? All together, the parable provides us with a number of important lessons surrounding acts of charity, yet it also leaves an assortment of questions in relation to the promotion of justice.

One wonders what would happen if the Good Samaritan traveled down the same road, day after day, and continued to find helpless victims at or near the same location. What then would be his response? At what point would the Samaritan do more than offer short-term aid for the victims? Would he start asking deeper questions about the social location? Would he seek solutions for long-term change? In addition, at what point would the Samaritan begin to critique the political and economic agendas of those in power in that particular area? One can assume that, if such a scenario took place, the Samaritan would not only seek to meet the immediate needs of those harmed, but he would also advocate for policies that provide for a better future. And so, we can safely conclude (because the Samaritan is, as Jesus shared, an example of love for neighbors), that – if he believed it was necessary – the Good Samaritan would show love for his neighbor not only through momentary acts of charity, but also through sustained advocacy for the promotion of a common good.

What happens the next time the Samaritan travels that road? What happens if people continue to be robbed and left for dead there? Is it satisfactory to suggest that rescuing people after they have been robbed and victimized should continue, while robbers and innkeepers benefit and ordinary travelers and their helpers pay the price?

July 6, 2013 Lee Harmon on the Two Witnesses
Recent Comments
2 Comments | Leave a Comment
"Here's a question about Jesus being given a dishonorable burial, and whether this story element ..."
John MacDonald Revisiting the Empty Tomb
"Actually when one learns more about genealogy one discovers that this kind of interconnectedness, far ..."
James F. McGrath Powers and Principalities in the United ..."
"Since Isaiah 53 isn't about Jesus in its original context, it doesn't seem as though ..."
James F. McGrath Jesus according to AI
"Hahahahaha, I am not the only one ,hahaha. The Beegesus. Sorry. I mean no harm ..."
mark demell Jesus according to AI
Browse Our Archives
get the latest from
Religion Prof: The Blog of James F. McGrath
Sign up for our newsletter
POPULAR AT PATHEOS Progressive Christian
1