A Better Way to be a Biblical Literalist

A Better Way to be a Biblical Literalist August 18, 2013 James F. McGrath 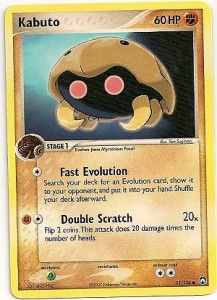 If you're determined to be a Biblical literalist, or at least to pretend to be one (since no one is really one), you don't have to deny evolution. Indeed, there is a better option, that accepts that evolution occurred and says that God miraculously does evolution better than natural causes could!

Since there is no way that all the different “kinds” of animals that exist in the world could have fit into Noah's ark, young-earth creationists end up claiming that Noah took a smaller number of “kinds” into the ark, and that these then evolved into the varied organisms we see today, at a speed faster than mainstream biology claims that living things evolved.

Instead of denying evolution out of one side of your mouth, and claiming that it not only happens but works faster than mainstream science claims out of the other, why not just go with the latter, and add “God did it”?

Then you can claim to be a Biblical literalist, accept evolution, and claim that God does evolution better than science does. It seems like a win-win-win situation – so why persist in denying evolution?

August 18, 2013 Creation and Evolution: The True Stories
Recent Comments
40 Comments | Leave a Comment
Browse Our Archives
get the latest from
Religion Prof: The Blog of James F. McGrath
Sign up for our newsletter
POPULAR AT PATHEOS Progressive Christian
1