It seems appropriate to mention, during this weekend of GenCon here in Indianapolis, a card game that Jeremy Smith's blog drew to my attention to. “A Game for Good Christians” is apparently a variation of a game I had never heard of, “Cards Against Humanity,” which is a bit like a rude and lewd Mad Libs card game, if I've understood it correctly. I actually spotted the booth of Cards Against Humanity at GenCon, and it must have been popular, because they were completely sold out (see the photo at the end of this post).

Here's the promotional video for the proposed Bible-themed version:

And here's a person in a familiar outfit browsing at the GenCon booth: 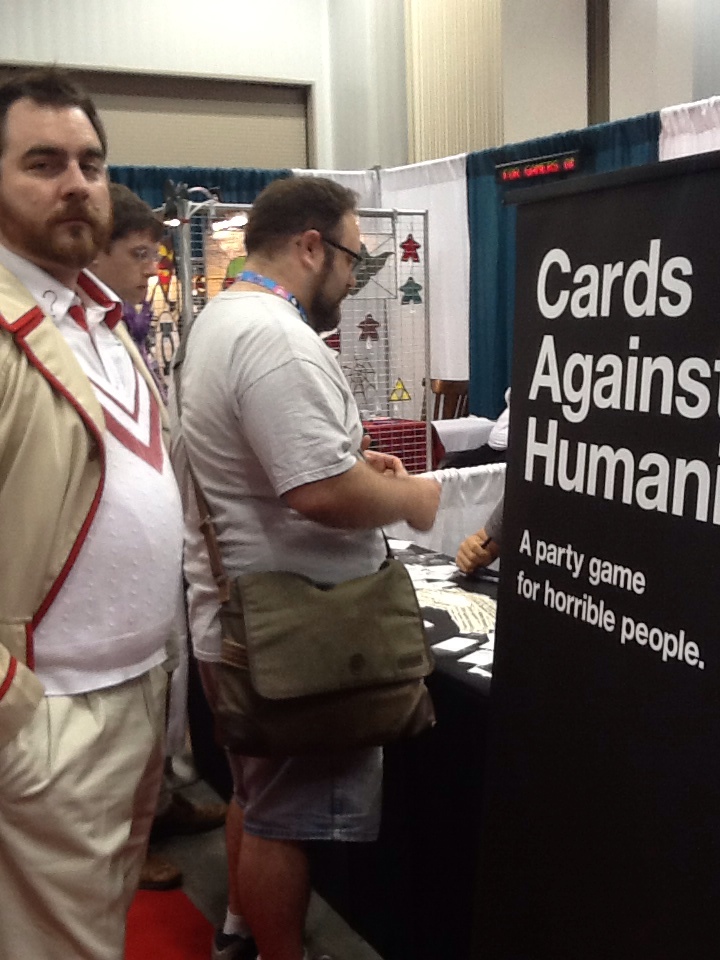 August 18, 2013 A Better Way to be a Biblical Literalist
Recent Comments
3 Comments | Leave a Comment
Browse Our Archives
get the latest from
Religion Prof: The Blog of James F. McGrath
Sign up for our newsletter
Books by This Author Books by James F. McGrath