Given the title, this post could easily have been about contradictions within the Bible and whether they disprove Biblical inerrancy, or whether one has to start with the doctrine of inerrancy and insist that anything that appears to be a contradiction isn't really one. And I will come back to that. 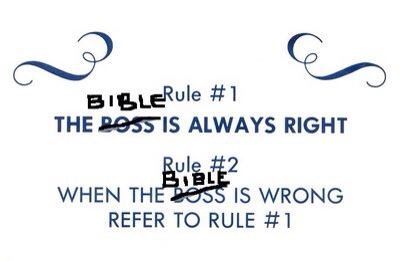 But the fact is that, just as the Bible is the result of many authors with different perspectives, so too are statements about inerrancy. And that fact illustrates that these views of the Bible are at least as much about the presuppositions and aims of readers and users of the Bible, as about its actual contents.

Carson Clark has written a blog post about the contradictions within the Chicago Declaration on Biblical Inerrancy. One of the people involved in producing that document, and responsible for those parts of it that sound like they support young-earth creationism, was Henry Morris. Jeff Carter has been blogging about some of the heretical, self-contradictory, and just plain nonsensical things Morris wrote. The whole series deserves to be read.

Now let me return to that intial point. Inerrancy also involves a contradiction when it is affirmed by Protestants who say that the Bible is their ultimate authority. The Bible does not claim its own inerrancy (indeed, the Bible as a collection does not and cannot claim anything about itself, since its texts were written first and only subsequently assembled as a collection). And so in order to be an inerrantist, one has to formulate a doctrine of Scripture as inerrant, and then disallow the possibility that evidence from the Bible can disprove that doctrine. The Chicago Declaration does precisely that, saying that apparent contradictions and inaccuracies, and other “phenomena of Scripture,” do not and cannot be taken as evidence against inerrancy. 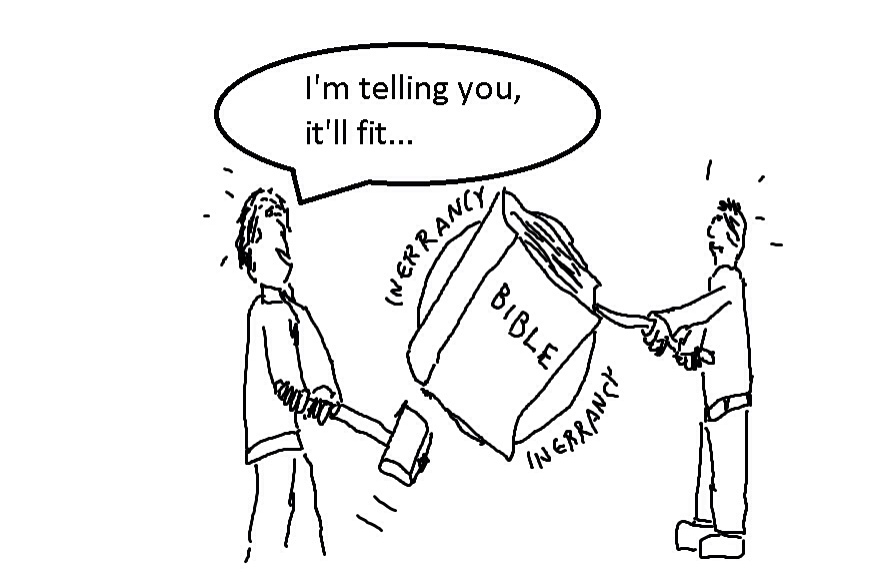 August 11, 2013
An Abridged History of the World
Next Post

August 11, 2013 Paranoid Christians Providing Entertainment
Recent Comments
6 Comments | Leave a Comment
"It's always worth remembering the there is no authentic and original first century originated evidence ..."
rationalobservations? Attacking the Bible
"On two occasions, Abraham offended his hosts, causing them serious injury. Both Pharoah and Abimelek ..."
Joseph Douglas Attacking the Bible
"The idea was not at all difficult for Luke to imagine (see Acts 6,5 13,43). ..."
robrecht Triangulating on John the Baptist from ..."
"No I just assumed, til now, that you wouldn't appeal to the, I think, unattested ..."
Mark S Triangulating on John the Baptist from ..."
Browse Our Archives
get the latest updates from
Religion Prof: The Blog of James F. McGrath
and the Patheos
Progressive Christian
Channel
POPULAR AT PATHEOS Progressive Christian
1