Via Rachel Held Evans on Facebook, who got it ultimately from someone who said “We're pretty smug up here in Soviet Canuckistan”! 🙂 I should say that I have not watched the series “Breaking Bad,” but I am aware of the premise, and so am able to understand that this cartoon makes an important point about the way the United States, by being unwilling to adopt legislation, principles, and practices that other developed nations take for granted, forces people into dilemmas that could be avoided, with results that arguably ultimately are at greater cost at the personal and social level.

Presumably readers have seen some of the other maps, charts, and infographics which indicate other ways in which America compares unfavorably to most of the rest of the world. Here is one of them: 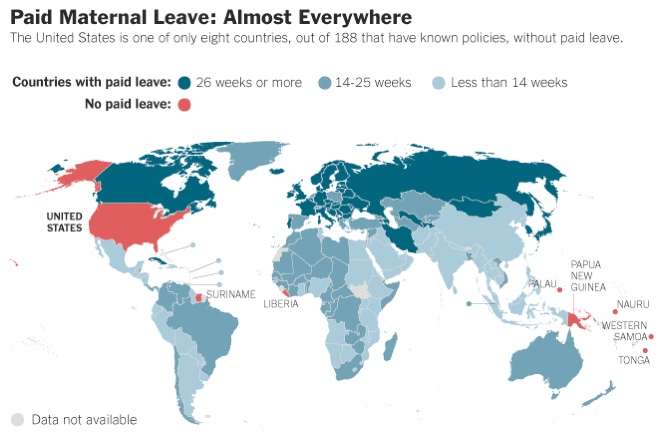