Don’t Episode I The Bible

Carson T. Clark posted on the Gospel not being Jesus’ death. I’ll quote him in full, since it is a short post:

Many Christians believe the Gospel is about Jesus dying on the cross for the atonement of sins. I disagree. To my mind that’s like saying Star Wars is about Anakin Skywalker’s final act of redemption in which he threw the Emperor down the ventilation shaft, sacrificing himself to save his son. Is that the culmination of the story arc? Absolutely. Is that what the whole thing is about? No way. The Gospel is about the full redemptive narrative from creation to consummation, from Genesis 1 through Revelation 22. That’s vitally important, so I’ll say it again: The Gospel is about the full redemptive narrative from creation to consummation, from Genesis 1 through Revelation 22. Only then does the Old Testament have significance, including the covenants, exodus, Law, judges, kingdoms, prophets, exile, restoration. That’s the only way the rest of the Bible–poetry and wisdom literature, laments and epistles, etc.–makes the least bit of sense and is applicable to our lives. It’s in that context that the rest of the Word’s activity and life matters: creation, incarnation, life, ministry, resurrection, Kingdom, second coming, submitting to the Father, sending the Holy Spirit. We need to stop treating the christian faith generally, and the Gospel specifically, as though it can be boiled down to Jesus’ crucifixion on the cross. It can’t. To do so is to, if I may turn an unfortunate noun into a disturbing verb, Episode I the Bible. By which I mean, don’t turn the rest of Scripture into superfluous crap.

I love the idea of “verbing” “Episode I.” And I agree with his overall point – and it can be applied to the Bible. If you think the entire Bible is “about Jesus,” then your knowledge of it must be so superficial that, if you were plopped down in the middle of Amos or Zechariah without signposts, you wouldn’t be able to tell the landscape of one from that of the other. And if you can’t do that, you don’t know these texts, and thus don’t know the Bible as a whole. Sure, your eyes may have passed over the words on the page, perhaps more than once even. But plenty of us drive the same route over and over again without really coming to know the area – until we stop and take a much closer look.

I would want to qualify what Clark wrote in one important way, however. I think that George Lucas may well have envisaged the entire Star Wars story as, in an important way, being about Anakin Skywalker, about a hero’s fall and redemption. The Bible is very different, because contrary to what conservative religious people often suggest, the Bible is not the work of a single author. And so its “sequels” and “prequels” are, not surprisingly, more different than the work of a single human creative mind.

Perhaps when Disney makes its Star Wars movies, we’ll have a better analogy that we can make between the Bible and Star Wars.

By the way, for those who may be relatively new here, there is much more on the intersection of Star Wars, the Bible, and religion in general elsewhere on this blog. If these subjects interests you, I hope you’ll explore! 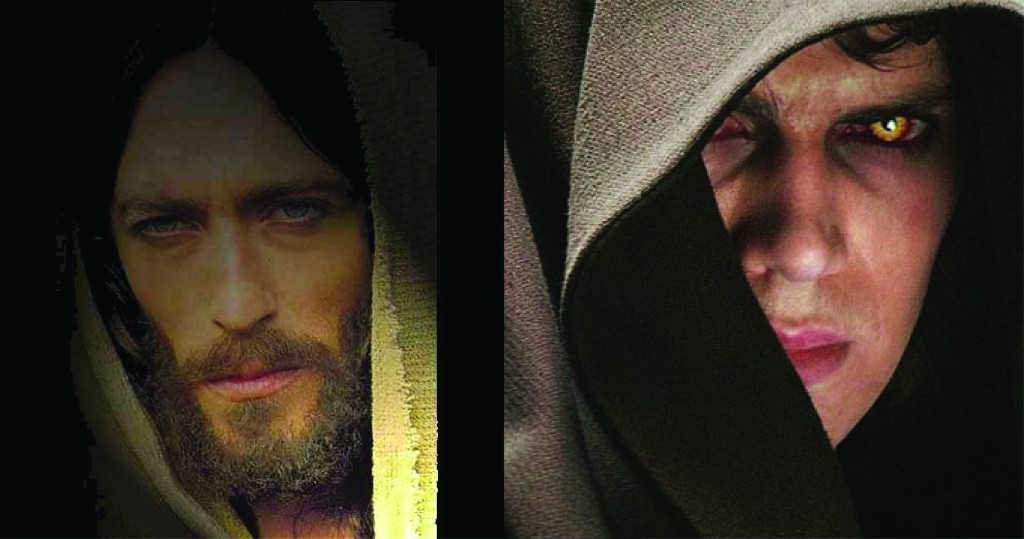