Doctor Who: The End of Time vs. The Day of the Doctor

I saw “The Day of the Doctor” twice over the past few days, once on the small screen and once in a movie theater in 3D. It was definitely worth the extra effort to see the latter. The 3D aspect was cool, as was the chance to focus in on detail and catch a few things that I had missed on the first viewing. Also cool were introductory remarks by Strax and the Doctor, especially the latter's mistaken introduction to the 100th anniversary featuring all 57 Doctors. If you saw it in a movie theater, did they all have a little bit too much in the way of trailers and preliminaries?

SPOILER ALERT! If you have yet to see the Day of the Doctor you may not want to read further.

For those who have seen “The Day of the Doctor,” you will know that it involves the Doctor with the help of the Doctor and the Doctor changing his own past. We are given to understand that the Doctor had lived with the burden of having committed genocide, destroying Gallifrey and the Daleks together using a time lord weapon called “The Moment.” 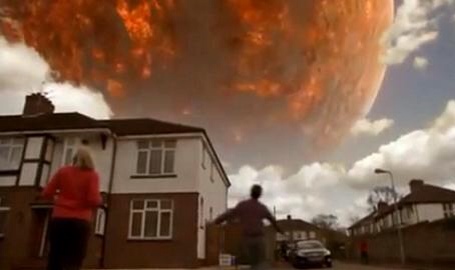 In the end, he puts Gallifrey in a bubble universe rather than destroying it.

But how, I wonder, does this relate to what we saw and heard in “The End of Time.” There, “The Moment” is mentioned and the Doctor is said to still have it. And Gallifrey almost comes back out of its bubble universe.

So exploring this in the 50th anniversary special could have been a wonderful point of continuity with what went before.

Instead, it seems horribly disconnected.

The crux of the difficulty is this: Why does the present Doctor not know that Gallifrey still survived? And why is he eager to find it again, having sent it back where he had put it after it was clear that the time lords were still in a callous warlike frame of mind?

Perhaps one can suggest that “The Day of the Doctor” occurs at a moment “before” the time lords managed to escape their own bubble universe prison, which had the effect of changing history. But I am not sure if that works.

I will surely be blogging about various details in the 50th anniversary special in coming days. I thought that here I would focus in on one niggling problem, but longtime fans will know that the history of Doctor Who is full of such continuity errors. Ignoring this one puzzling question, “The Day of the Doctor” was truly phenomenal in its exploration of choices, morality, and 50 years of delightful television with inside jokes galore which make a fan laugh out loud even on the second viewing. Some required knowledge of the classic show (as in the bit about confusing the polarity, and of course the scarf and the meeting with “the curator” at the end), while others did not (“timey wimey”).

What did you like most about “Day of the Doctor”? Any suggestions on how if at all to reconcile it with “The End of Time”? 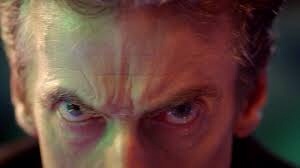 November 26, 2013 Jesus, Enoch, Elijah, and Job's Children
Recent Comments
51 Comments | Leave a Comment
Browse Our Archives
get the latest from
Religion Prof: The Blog of James F. McGrath
Sign up for our newsletter
POPULAR AT PATHEOS Progressive Christian
1