How Do You Know That?

Jerry Coyne has written an incredibly lengthy complaint about a book he has not read. His rant suggests that deep down he knows that there is something wrong with the picture, but that doesn’t manage to stop him from simply plowing ahead. He begins by pointing out something that theologians have been saying long before atheists were and which therefore should not be news to anyone: the way liberal religious academics conceive of God is different from popular notions in not merely significant but radical ways.

Coyne concludes his article with the following questions:

1. On what basis do you know that God is a Ground-of-Being God instead of an anthropomorphic God? (In your answer, you cannot include as evidence the dubious claim that the former God is the one most people have accepted throughout history.)

2. How do you know that your Ground-of-Being god embodies truth, goodness, and beauty rather than lies, evil, and ugliness?

3. What would convince you that the god you describe doesn’t exist?

Let a theologian, for once, answer the best arguments of atheists: those that involve the question, “How do you know that?”

When the “best argument” for atheism is a question that liberal Christians were asking long before atheism gained its current popularity, that in itself makes it doubtful that the argument is in fact one that supports atheism. But leaving that to one side, let’s see if we can answer the specific questions Coyne has raised.

1. The reason why liberals have rejected an anthropomorphic God is for the same reasons atheists reject such a God – lack of evidence, and evidence to the contrary. Religious liberals have been doing that for at least as long as atheists, if not indeed much much longer. We also find the implications of positing that sort of God to be religiously problematic, rather than problems which mean that one ought to dismiss all forms of religion altogether. When we speak of God as Being itself or the Ground of Being, we are talking about existence, about reality. We are positing that reality has transcendence and depth. The reasons why people think in these terms often differ – for some, it may be a spiritual or mystical experience, while for others it may not be. But what we tend to have in common is the sense that religious language is a helpful way of doing justice to our experience of life.

2. I recently addressed this on my blog. First, whenever people talk about God, the ultimate, they associate God with their core values. In the case of liberal and reconstructionist Judaism, God is often explicitly a placeholder for such values, a symbol of them. But I would go further and say that love is by definition self-transcendence, and truth is about getting to know reality as it really is. And so to say that transcendent reality is the opposite of transcendent reality makes no sense.

3. For me, the question is not about the existence of such a God, since that would be to talk about the sort of anthropomorphic god that is one being among others in the totality of existence. For those who talk of God as the Ground of Being, this it about the nature of Being itself. There is a reality that transcends us and which brought us into existence. We call it the universe. If reality ends there, then from this sort of liberal religious naturalist perspective, that would be called pantheism. If reality extends further still, then a term like panentheism would be more appropriate – and that is the term I prefer. But those who have this view find that either way, they do not feel that jettisoning religious language leaves us with the resources to articulate our sense of awe and wonder at the creativity at work in the cosmos, which has created beautiful works of art and given rise to beings like ourselves with the aesthetic sense to appreciate that beauty.

That Coyne posed the questions in the way that he did suggests to me that he still does not grasp what liberal religious people are talking about and how radically different it is from what many conservatives are saying. God is about humility and awe before mystery, rather than about dogmatically confident claims to knowledge.

Would you have answered Coyne’s questions differently? Would you, with greater or perhaps even less  familiarity with liberal religion, have asked different questions? 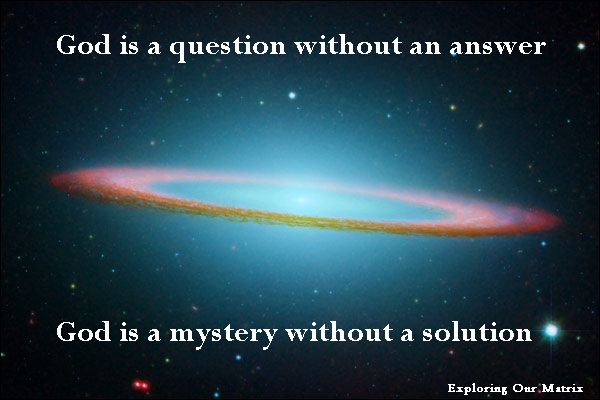