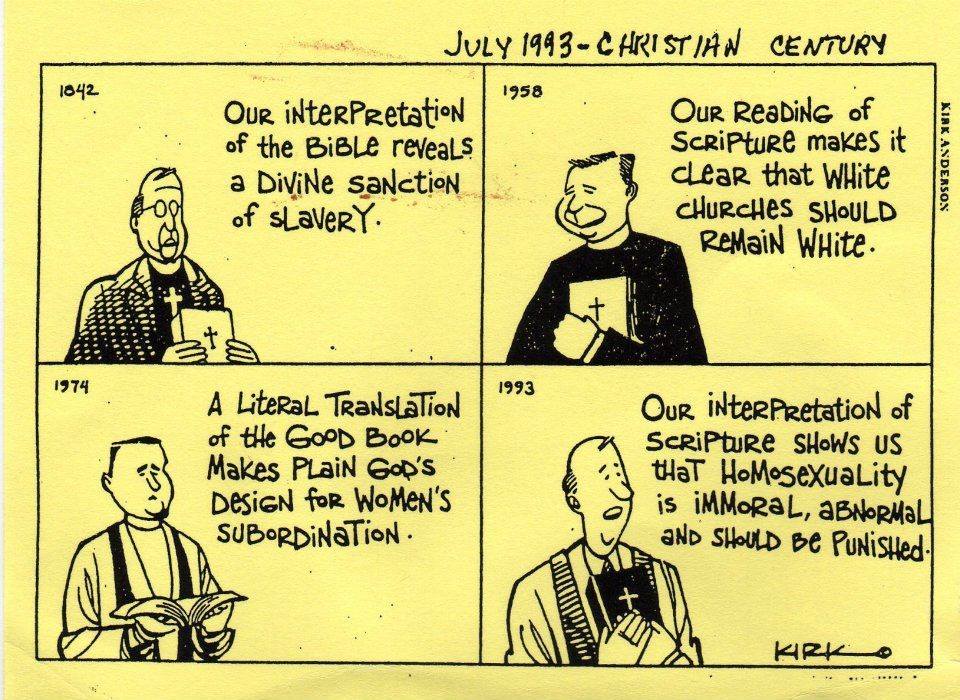 Today in my Sunday school class we continued our discussion of commands that do not make sense to us or seem applicable. Then in the service, the sermon was about what Scripture is and what it is for. While no one accepts, believes, or practices everything the Bible says, I would like to see progressive and emerging churches also avoid picking and choosing simply based on preferences and instincts. We should not pretend that there are not difficult things that we abhor in the Bible, nor should we be lacking a rationale for why we do not believe or do certain things.

Let's toss out picking and choosing, and substitute “picking and chewing.” We should take things in the Bible, and chew them over, but should feel under no obligation to swallow them rather than spit them out. And again, we should be ready to explain why we have done so.

January 12, 2014
God Has a Wonderful Cafeteria Plan for Your Life
Next Post