There’s a new blog, Scribalishess, written by a Hebrew Bible professor. Here is a quote from the end of the first substantive post, on reading Genesis literally:

This is why biblical literalism (in the sense stated at the beginning) fails. It fails to read Genesis 1 literally. It fails to acknowledge the ancient writer’s worldview. It tries to cram modern rationalism and modern pseudo-science into an ancient text, and in so doing, it completely ignores the sacredness of the text—its poetic beauty, its structure, its focus on the sacred week, its emphasis on God as creator and on humanity as God’s representatives, and its acknowledgment of the goodness of all creation. All of these things are communicated through a flat earth, dome sky worldview, but they transcend it.

Of related interest, BioLogos posted about exploring evolution through conversations in church, Unreasonable Faith highlighted the oddity of a religious fundamentalist appealing to logical positivism, Wesley Ellis reflected on a C. S. Lewis quote that gets at the desire that drives fundamentalism, Jeri Massi gives a quick history of fundamentalism, Chaplain Mike joins others in saying that a debate between Bill Nye and Ken Ham is a bad idea, Jim Spinti describes inerrancy as a square peg in the round hole of orality, Doug Hagler explains why religion and dogma need not go hand in hand, and Rev. Oliver Harrison highlights the apartheid outlook in ACE homeschooling materials. 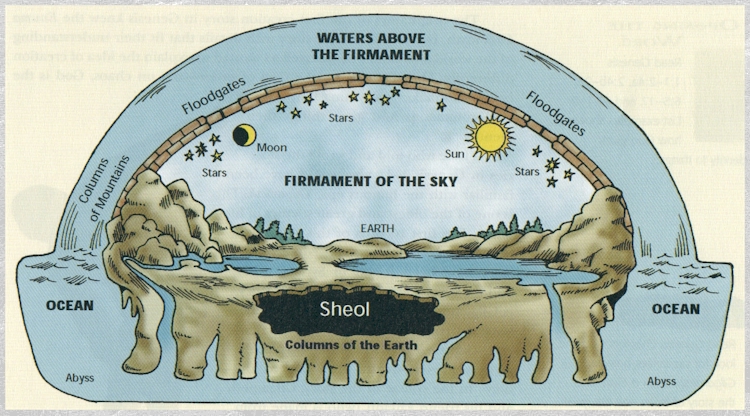 January 7, 2014 Four Levels of Questions
Recent Comments
39 Comments | Leave a Comment
"These fake dinosaurs are a lot more authentic to the real ones than the Creation ..."
Jennifer A. Nolan Prehistoric Planet
"I'm happy to say my Secular Frontier blog post of my interview with Edouard looks ..."
John MacDonald The Odious Penal Substitutionary Theory of ..."
"The name of the song was mentioned in the episode here is the full version ..."
dschram Entering Strange New Worlds of Star ..."
"Thank you for sharing this. Where did you learn that about the Kenyan folk song? ..."
James F. McGrath Entering Strange New Worlds of Star ..."
Browse Our Archives
Related posts from Religion Prof: The Blog of James F. McGrath