Sherlock and Sheldon among the Prophets

I’ve been getting caught up on shows that I ought to have been watching for a while. Both Sherlock

and The Big Bang Theory

feature main characters who exhibit behaviors and abilities which suggest placement on the autism spectrum – incredible genius in some respects, but also difficulties in social interactions and knowledge that most ordinary people take for granted.

In the episode “A Scandal in Belgravia

,” mention is made of Sherlock believing in a “higher power” – namely himself. And in the episode “The Pork Chop Indeterminacy,” Sheldon’s sister quotes their mother in describing him as “one of God’s special little people.”

In a previous era, people with such attributes might have been considered prophets, with special gifts bestowed by a divine benefactor.

Can’t you imagine Sherlock at the well with the Samaritan woman, noticing details about her that others would miss, and stating that she had had five husbands and was now in the status of concubine? (I’d love to watch such an episode – and see what clues led to the deduction!)

Am I saying that Jesus was autistic? Not at all – not only because the Gospel of John’s material is of dubious historical authenticity (sorry Chris), including the famous story in John 4. But even more importantly, because Jesus’ teaching suggests that empathy was central to his thinking in a way that is at odds with current research on autism.

My point is that ancient notions of prophecy may have included people that we today might term “savants.” How might our thinking about ancient religion – and the texts ancient religion has bequeathed to us – differ if we took this view of things? While trying to diagnose historical people at a distance, through literature that may not depict them accurately, is very precarious, simply as a thought exercise, what instances of Biblical prophets’ and other religious figures’ personalities and experiences might suggest that they fit a particular modern medical diagnosis? 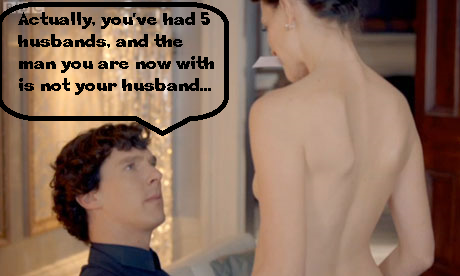