People Who Debate Creation vs. Evolution 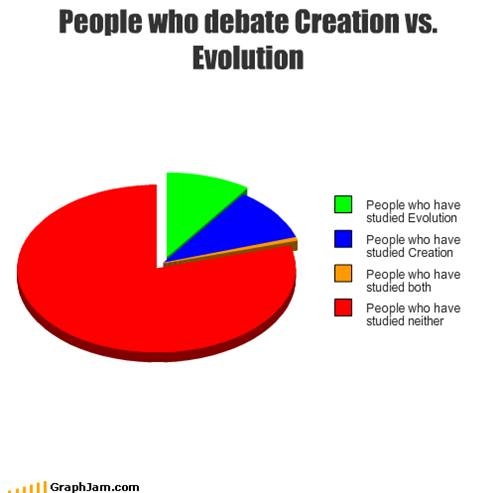 Bob Cargill shared the above image on Facebook. It has a point. Ham was untrustworthy on most scientific details he mentioned. Nye was regularly wide of the mark when attempting to deal with the Biblical material (although Ham's treatment of the Bible is no less problematic in many respects).

Who would you want to see have a debate or public discussion, who genuinely knows both sets of material? And how do you think the conversation would go?

February 4, 2014
The #HamOnNye Debate In A Nutshell
Next Post