The Wall Between Creationism and Science 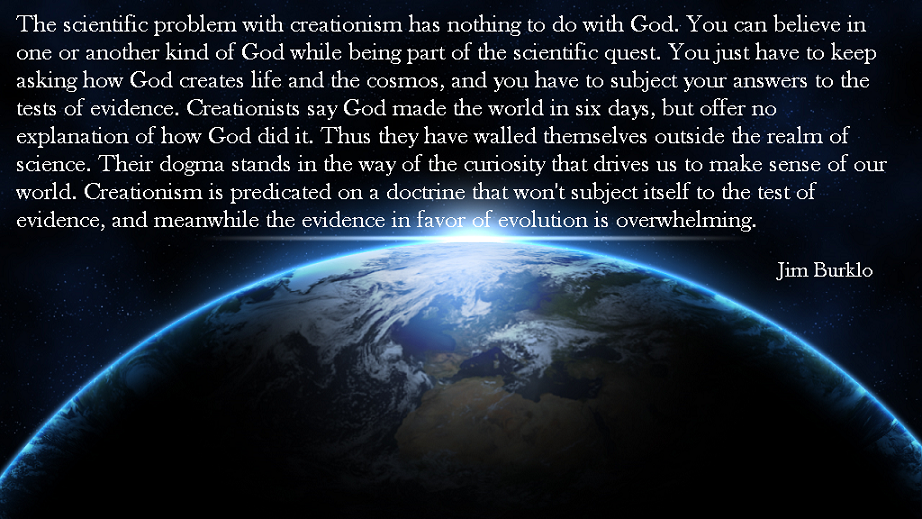 “The scientific problem with creationism has nothing to do with God. You can believe in one or another kind of God while being part of the scientific quest. You just have to keep asking how God creates life and the cosmos, and you have to subject your answers to the tests of evidence. Creationists say God made the world in six days, but offer no explanation of how God did it. Thus they have walled themselves outside the realm of science. Their dogma stands in the way of the curiosity that drives us to make sense of our world. Creationism is predicated on a doctrine that won’t subject itself to the test of evidence, and meanwhile the evidence in favor of evolution is overwhelming.”