The Hero of Our Own Story 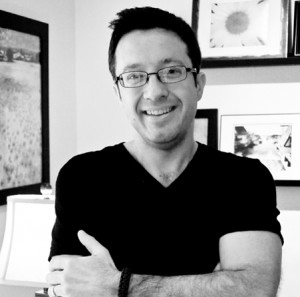 I am grateful to Brandon Withrow for making a guest appearance in my course on religion and freedom of expression yesterday. He and Menachem Wecker have a forthcoming book, Consider No Evil, focusing on religion and academic freedom, which is the fourth and final major topic in this year-long course. They have set up a blog in connection with the book; see also Brandon's blog The Discarded Image. Since our final topic of the year is religion and academic freedom, bringing him to campus to talk about the topic was a natural thing to do. (The final public lecture of the year will be Tuesday, and includes Pete Enns as a respondent).

Brandon said a lot of things that were helpful and insightful. The one that made me reach for something to make a note on is the one that gives the title to this post. He said that rarely are people that we encounter, even the ones whose views and actions disturb us, the cardboard cut-out villains from classic movies. If they are being bigoted or angry or whatever else, they are probably fully persuaded that they are attacking a dangerous enemy and defending something crucial.

The way he put it is that we are each the hero of our own story. And when someone challenges that story, our instinct is to fight back.

We also talked about the issues of censorship and self-censorship, including the question of how we reach people with a message they may not want to hear, but need to hear, if so many have the tendency to unfriend those who repeatedly post things they disagree with. We all need to hear things that we do not wish to, if we are to have any hope of learning anything.

The statement from Reddit that went viral, answering the question “If someone from the 1950s suddenly appeared today, what would be the most difficult thing to explain to them about life today?” with this answer: “I possess a device, in my pocket, that is capable of accessing the entirety of information known to man. I use it to look at pictures of cats and get in arguments with strangers.”

As long as we are arguing with strangers, there is hope.

As for how we get out an important message, I noted that the most popular post on my blog is one that features cute bunnies. And so the “looking at pictures of animals” part is not irrelevant either.

Finally, let me mention Brandon's well-titled opinion piece about young-earth creationism: “'There is a book,' but Ken Ham has no idea how to read it.”