What Makes Someone Become a Biblical Inerrantist? 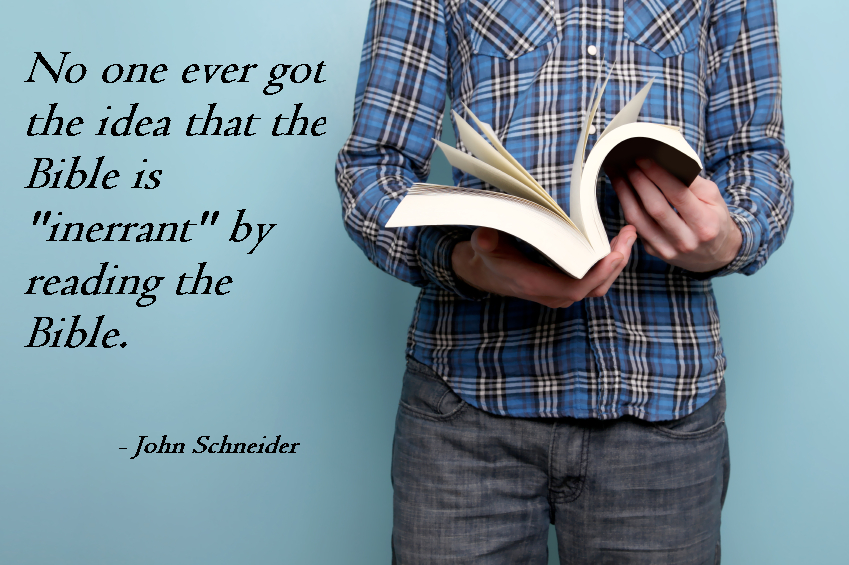 John Schneider said this on Facebook, and it seems like such an important point, made so succinctly, that I wanted to turn it into a meme. Here’s another one, if you’d like a smaller image:

The idea that the Bible is “inerrant” is something that has to be imposed on the Bible, forcibly, fighting against all the extensive counter-evidence that the Bible proffers, kicking and screaming until its multitude of voices are mostly silenced by the inerrantist straightjacket, which allows only one voice – carefully chosen – to speak at any given time.

March 1, 2014 Culture Wars
Recent Comments
13 Comments | Leave a Comment
Browse Our Archives
get the latest from
Religion Prof: The Blog of James F. McGrath
Sign up for our newsletter
Books by This Author Books by James F. McGrath