The Bible vs. Observational Science

A commenter suggested not long after the Ken Ham vs. Bill Nye debate that even Ken Ham’s attempt to retreat into so-called “observational science” does not do him any favors. The Bible’s statements are at odds not merely with reconstructed history of the unfolding of astronomical, geological, and biological processes, but with what we can observe. Even observational science is at odds with the existence of storehouses for the snow, and with the heart being the locus of human thought – things that ancient people took literally, but so-called literalists today insist are metaphors.

Of course, Ken Ham isn’t consistent when it comes to his statements about “observational” and “historical” science. And so not only is he wrong that he can salvage the literal factual truth of the Bible’s creation accounts this way.

He is also wrong in at least one of the two contradictory things he has to say about whether we can know about the past, and if so how.

How many examples of discrepancies between the Bible, taken literally, and “observational science” can readers offer in the comments below? 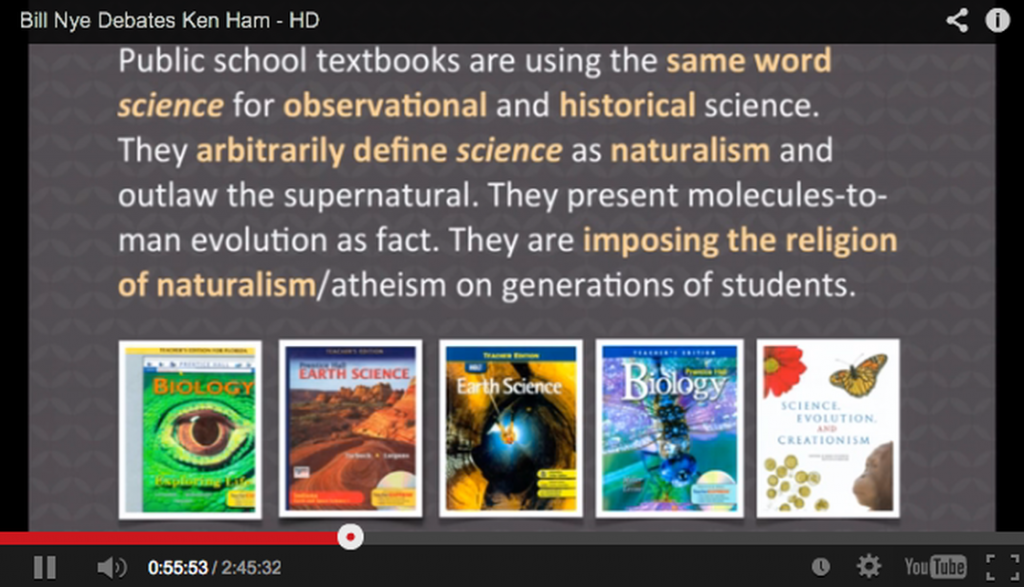