Facts Should Change Your Beliefs

Facts Should Change Your Beliefs May 31, 2014 James F. McGrath 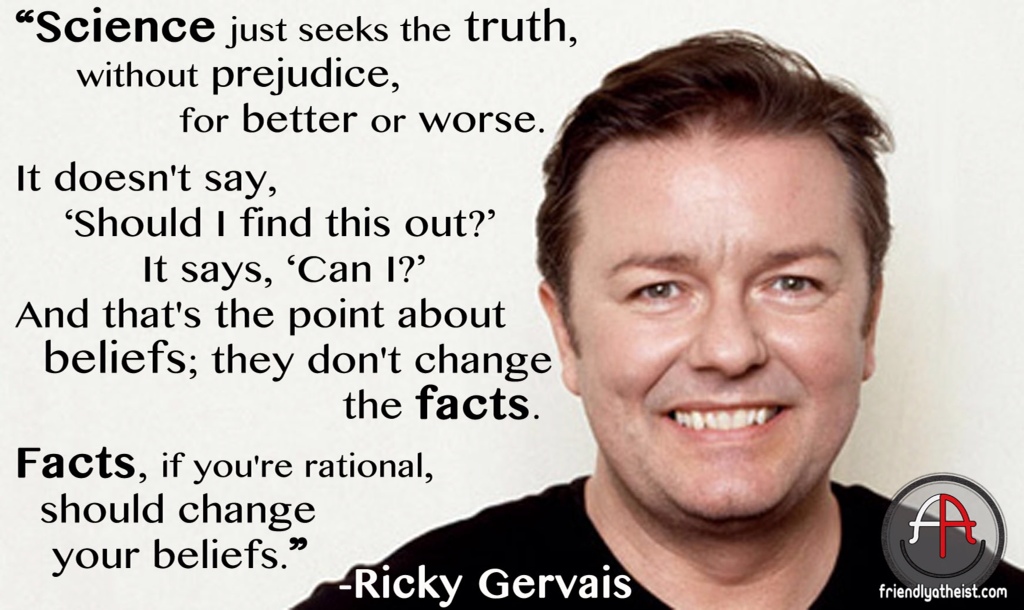 Hemant Mehta shared the above image. I obviously agree with the sentiment. No one should think that this stance is an atheist one. Certainly, many atheists are committed to being rational. But if you have talked to an atheist who is an anti-vaxxer or a Jesus-mythicist, then you realize the two are not synonymous. Likewise there is a long and rich history of liberal religion that was at the forefront of pioneering the changing of beliefs when facts and evidence required it.

But perhaps most importantly, if you are a religious believer who thinks all atheists are evil, or an atheist who thinks all religious people are delusional lunatics, then you are an example of someone refusing to allow facts to change their beliefs.

May 31, 2014 Blaming the Bible
Recent Comments
28 Comments | Leave a Comment
Browse Our Archives
get the latest from
Religion Prof: The Blog of James F. McGrath
Sign up for our newsletter
Books by This Author Books by James F. McGrath