Yesterday in Sunday school, someone suggested that Paul in Athens, as described in Acts 17, had tried to reach people by adapting his message to his audience, and being philosophical and rational in his approach. The result, the person claimed, was disappointingly ineffective, and so Paul never did it again.

It wasn’t the first time I’d heard this suggested. But it is such utter nonsense that I had to say something on the spot, and want to discuss it here too.

From his earliest to his latest letters, Paul never shows signs of moving away from an approach that deserves to be called educated, intellectual, or learned. Romans is one of his later letters, and is often viewed as his magnum opus. In it he brings the full toolbox of his rabbinic training and his education more generally to bear on the subject, interacting with works such as the Wisdom of Solomon which were part of the Jewish philosophical tradition, interacting in turn more directly with Greek philosophy.

That Paul puts wise men and scholars in their place in 1 Corinthians 1-3 seems to be a response to a specific situation – one which mirrors the motivation of many who use the argument I am addressing here. Some viewed Apollos and perhaps other teachers as being even wiser and more educated than Paul. And so Paul responds by pointing out that God’s wisdom often seems foolish to humans. But this doesn’t change the fact that Paul wrote, even in the Corinthian correspondence, as himself an educated individual. One might well compare Paul with Tertullian, who asked rhetorically “What has Athens to do with Jerusalem?” and yet his debt to Stoic philosophy is clearly visible to any who read his writings. Playing down the importance of rhetoric is a common rhetorical ploy, and downplaying the status of wise men and philosopher is something that the wise and philosophical often do.

The person who contrasted Paul’s earlier and ineffective Spock-like logical approach with the Spirit-filled one that he supposedly adopted thereafter, made the blatantly false claim that Paul is only said to have performed miracles after he abandoned his earlier approach. The story in Acts says otherwise.

All of this, as I suggested above, is perhaps nothing more than an attempt by those who are not intellectuals to denigrate those who are, in an attempt to make themselves feel superior. I trust that one does not need to be an intellectual in order to see it for what it is.

But it isn’t the anti-intellectualism that bothers me most about this viewpoint. It is the fact that it suggests that making an effort to communicate with others who do not share your assumptions and background is not worthwhile, and that it is better to either focus on preaching to the choir, or to simply speak in terms of your own assumptions and blame your hearers if they misunderstand. Communicating across boundaries of culture and worldview is challenging. It requires bridge-building, which in turn requires education (not necessarily in the formal sense, but certainly at the very least in the sense of informing and teaching oneself).

I find the suggestion that such efforts are not worthwhile to be disturbing. I am saddened by those who prefer to denigrate people with different gifts and ability than their own, rather than seeking to collaborate and communicate in ways that might help achieve a greater balance between the logical and the sentimental, the theoretical and the practical, information and enthusiasm. 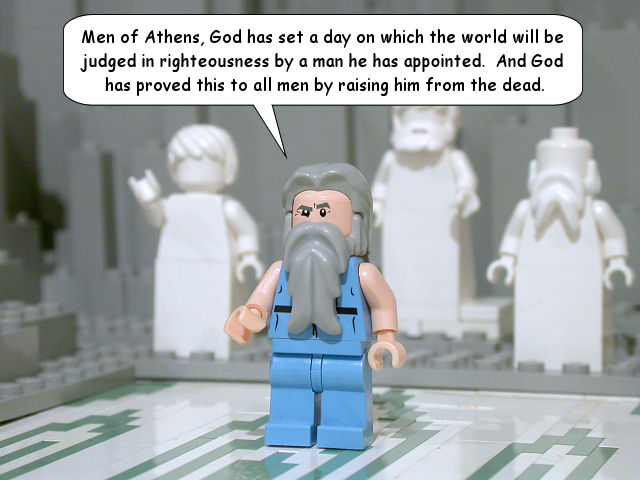 May 26, 2014 Post-Flood Miracle
Recent Comments
4 Comments | Leave a Comment
Browse Our Archives
get the latest from
Religion Prof: The Blog of James F. McGrath
Sign up for our newsletter
POPULAR AT PATHEOS Progressive Christian
1