Society for the Study of Music and the Bible

Society for the Study of Music and the Bible June 24, 2014 James F. McGrath

I had a conversation yesterday with fellow New Testament scholar Holly Hearon, and the conversation found its way to a topic of mutual interest, the intersection between music and our primary fields of research and teaching. I soon found myself persuaded that we need a society that brings together (online at least to begin with, but eventually also in person) people whose interests and work are at the intersection of these two domains. This would include: those who study the influence of the Bible on music, whether classical or contemporary, as an instance of the reception history of the Bible and/or as an aspect of human culture; those who set Biblical texts to music for liturgical or other purposes; those interested in setting ancient hymnic texts to historically appropriate period music and recording it on period instruments; those interested in the use of music in pedagogy; and the list can obviously go on.

I thought the first step would be to see how many people would be interested in this. I expect this to include not just scholars who work on the Psalms, or on Philippians 2:6-11 and would be interested in hearing it performed in Greek in a style of music that could have existed in Philippi in the first century, but also Biblical scholars who simply happen to play the guitar or the piano (you know who you are, and you know that I know, so you know that I’m talking about you, right?)

Does this sound like something worthwhile? Does it overlap with something that already exists? I’m floating the idea in the interest of getting feedback, and so please do leave a comment! 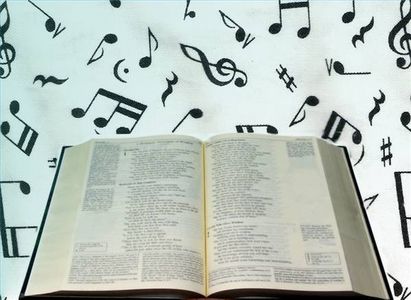 June 24, 2014 "Liberty" Church
Recent Comments
6 Comments | Leave a Comment
"Personally, I don't think #8 can be established with much certainty because I do not ..."
robrecht Was Paul Uninterested in the Historical ..."
"Was your great-grandfather corresponding with people who claimed to have known the historical Jesus personally? ..."
VinnyJH Was Paul Uninterested in the Historical ..."
"There is also precious little evidence in Paul for the probable historical existence of Jesus ..."
VinnyJH Was Paul Uninterested in the Historical ..."
"To be critical you have to know how the money is used. A lot of ..."
Euro Man If Religion Were The Key To ..."
Browse Our Archives
get the latest from
Religion Prof: The Blog of James F. McGrath
Sign up for our newsletter
POPULAR AT PATHEOS Progressive Christian
1