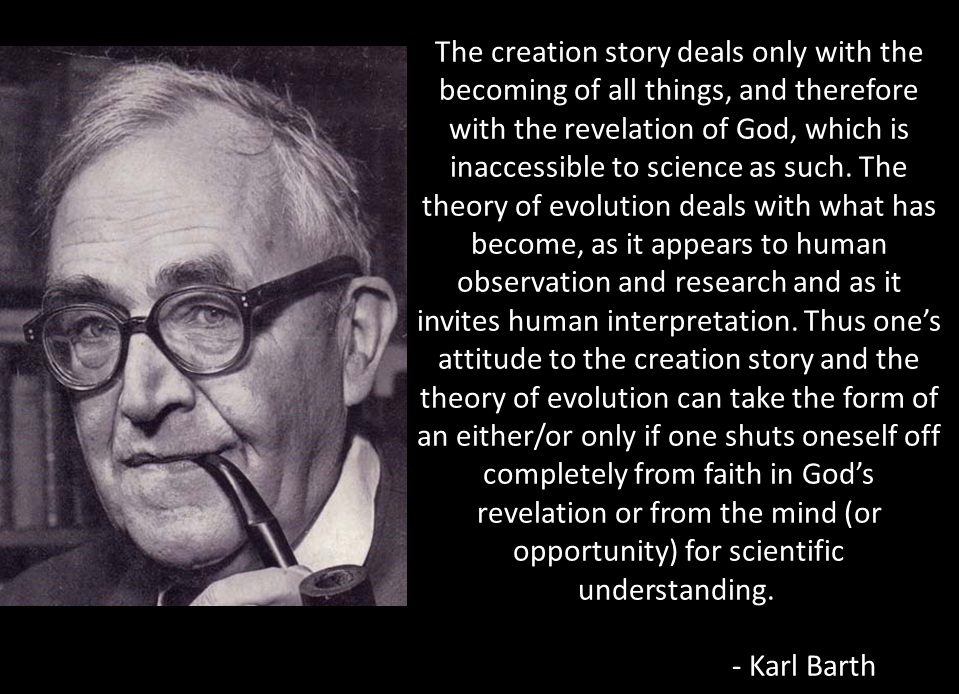 Karl Barth wrote the above in a letter to his niece, which you can read on the Faith and Theology blog.

The creation story deals only with the becoming of all things, and therefore with the revelation of God, which is inaccessible to science as such. The theory of evolution deals with what has become, as it appears to human observation and research and as it invites human interpretation. Thus one’s attitude to the creation story and the theory of evolution can take the form of an either/or only if one shuts oneself off completely from faith in God’s revelation or from the mind (or opportunity) for scientific understanding.

June 24, 2014 Society for the Study of Music and the Bible
Recent Comments
22 Comments | Leave a Comment
"oh sure pics of Hunter... why don't you ponder what sort of tapes of Trumpolini ..."
Michel Duel of the Antichrists
"Like all White-Right nuttery, you spiel is gibberish.Obama tripled the debt by addressing an economic ..."
Michel Duel of the Antichrists
"The way that I read it, it is institutional Religion that is anti-christ."
Richard Aahs Duel of the Antichrists
"Supercessionism actually happened, becoming solid over the course of 2nd c. By contrast, the idea ..."
Mark The Aims and Ending of Luke-Acts
Browse Our Archives
get the latest from
Religion Prof: The Blog of James F. McGrath
Sign up for our newsletter
Books by This Author Books by James F. McGrath 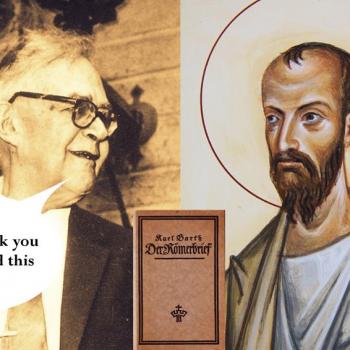