It’s been a long and tiring century or more of fake news, but I nurture a precious hope (how can one live otherwise?) that the voices of evidence, reason and truth will ultimately prevail.

One of the more persistent myths that have invaded our conversation, media and (very sadly) education, is the late Victorian invention that religious faith and science are necessarily in conflict. So prevalent and normalised is this assumption, that recent surveys in UK high schools find up to 70% of 15 year olds think it (but without being able to say why). I say ‘late Victorian’ for before the publication of two books, now forgotten and unread but best-sellers in their time, there is no great ‘conflict narrative’. The books were: History of the Warfare of Science with Theology in Christendom (1896), by Andrew Dickson White, and History of the Conflict between Religion and Science, by John William Draper (1874). Purportedly historical writing, more recent scholarship has demonstrated that these (actually anti-Catholic, rather than anti-religious) texts are largely polemic. When history failed to rise to Draper and White’s expectations, they simply invented it.

A recent article in Nature also addressed this:

I want to suggest that many of the worst chapters of this history result from scientism: the ideology that science is the only valid way to understand the world and solve social problems. Where science has often expanded and liberated our sense of self, scientism has constrained it.

Politics is another area in which conflict can seem inevitable, and in some circumstances we may indeed say it is not only unavoidable but necessary. But for Christians, we may not avoid having enemies, but we must love them and not dehumanize them. Steve Wiggins writes:

Those of us who grew up Evangelical hold an unusual place among our liberal peers.  We’re often able to peer around, over, and under that wall that has been built between those who want a faith-based nation and those who want a free one.  Angela Denker is a fellow traveler on this road, and her book Red State Christians: Understanding the Voters Who Elected Donald Trump is a useful roadmap.  Some of us fall further from the tree than others, but one of Evangelicalism’s more endearing traits, when taken seriously, is the love of those who are different from you.  That love is often forgotten in the political rhetoric daily whipped into a froth by an unstable president being used by his party to install agendas that hardly fit the moniker “Christian.”  That’s why books like this are so important.

On the preconceptions we can have across the divide between religion and atheism, and how they can be challenged:

To Tell the Truth (RJS)

Bruce Alberts said this in an NCSE interview:

If people don’t know what science is, and they hate it because of how they were taught in middle school or high school, then they have no reason to believe what scientists have to say. And it’s not just when it comes to evolution, but about rational thinking, too, and respect for science judgment. It’s important to get the public to understand the nature of science and that scientific judgments are different than dogmatic judgments.

See also the report on their summer workshops on evolution and the nature of science.

On the difference between justifications and causes:

Do Not Trust Your Arguments

On how not to change minds about controversial topics.

On the importance of sincere dialogue

On science as a wonderful, humbling vocation for a Christian to pursue:

Is there a place for faith in the lab?

Report Preview: “Science and Religion”: the perils of misperception 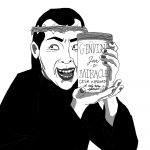 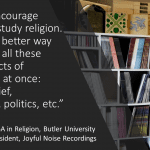