To Tell the Truth (RJS) 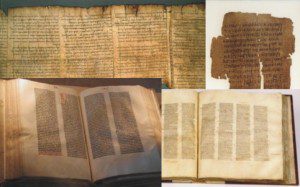 The next question in Rebecca McLaughlin’s new book Confronting Christianity: 12 Hard Questions for the World’s Largest Religion turns to the Bible. How can you take the Bible literally?  The question, however, misses the point. As Christians we want to read the Bible faithfully – which means literally only when and how it was intended to be read literally. Metaphor, parable, poetry, apocalyptic imagery – all of these are featured in the Bible. We have to start by realizing that, as Rebecca puts in, “both literal and figurative language can describe reality. We can tell lies with literal words and speak the truth through metaphor. Indeed when it comes to the Bible, some of the deepest truths are metaphorically expressed.” (p. 95)

This isn’t really controversial. We all know that Jesus as word, vine, bread, water, shepherd, and lamb convey important aspects of his person and his mission metaphorically. Of course, as Rebecca points out, – sometimes we disagree. Arguments about the nature of the Lord’s Supper hinge on the issue of metaphorical versus literal. The nature of the elements remains a big issue for some of us.

How do we discern what is intended as literal and what is not? To some it seems a slippery slope. If we hold (as I do) that the story of Jonah is a parable rather than a history, doesn’t this open the door to reject the miracles of Jesus recorded in the Gospels? While recognizing that the ancient authors felt free to rearrange details in relating the story of Jesus’ earthly ministry, it is clear that the miracles are an important aspect of Jesus’ identity. In fact, they generally have both figurative and literal meaning. Recognizing the figurative meaning doesn’t require dismissing the literal meaning. On the other hand … the parables of Jesus are stories designed to tell important truths. Consider the parable of the good Samaritan.  “[T]here is no obvious clue within the text that Jesus is not recounting actual events. But if we are familiar with his teaching style, we understand instinctively that this is not a crime scene report, but a parable told for its meaning.” (p. 99)

In fact, very little of the Bible is intended to have crime scene report type accuracy. It was written and compiled under different conventions to convey the true story of God’s mission in the world culminating in the life, death, resurrection and ascension of Jesus and in the establishment of the church and pointing toward the future hope.The historical portions of the Bible are “theological histories” arranged and written to convey a theological message. As Rebecca points out “our modern sensibilites make us less inclined to change the order in which events took place. But the genre of historical writing was different in the first century than it is today. … Our sense of location can also be more rigid than that of our forebears.” This is not a problem to be solved, but the nature of the documents that faithfully conveys to us the mission of God.

There are lessons here for both sides. “We are inclined to assume that we are more sophisticate than a text written thousands of years ago. But the more we read the Bible, the more we find we are not. MIT professor Rosalind Picard discovered this when she was a teenager and a “proud atheist.” She thought the Bible would be “full of fantastical crazy stuff,” but she was surprised: “I started reading the Bible,” she recalls, “and it started to change me.”  (p. 101)

My story is somewhat different – but the impact is similar. As I have read and studied the Bible without trying to force fit it into some preconceived mold, it becomes apparent that it is a very sophisticated text with layers of meaning we oft ignore.  And that brings me to the other side. The lesson for the church is to appreciate and engage with the sophistication of the text. To read it for the intended meaning rather than force fitting it to a thoroughly modern notion of the forms that we think it should use to convey truth. The fundamentalist and evangelical focus on inerrancy, culminating in some rather ridiculous (in my opinion) mental gymnastics to make everything fit thoroughly misunderstands the sophistication and depth of the Bible. More meaning is conveyed in story than in a crime scene report.

Yes we can believe the resurrection, (Rebecca has a more extended discussion of this, but see also N. T. Wright (This excellent hour long lecture for example), among others, for details.) And it doesn’t stand on the rather fragile foundation of a strictly literal approach to the Bible.

Do you agree that we tend to undervalue the sophistication of the Bible?  If so, how?

September 10, 2019
Rachael Denhollander: What's a Girl Worth?
Next Post

September 10, 2019 Re-thinking Paul as Pastor
Recent Comments
9 Comments | Leave a Comment
"This article starts a series on what A Course in Miracles (ACIM) implies when acim ..."
burakdeniz The Miracles of Creation? (RJS)
"It is your confidence in these thoughts that needs pardoning and what causes absolution a ..."
burakdeniz The Miracles of Creation? (RJS)
"Scot, 1 Cor 16:15-18 asks the Corinthians to submit to the leadership of Stephanas and ..."
Richard Fellows Finishing Well With Clement
"I can only guess that they look at Trump as a kind of god like ..."
D.M.S. The Gospel of With Us and ..."
Browse Our Archives
get the latest from
Evangelical
Sign up for our newsletter
POPULAR AT PATHEOS Evangelical
1