Rachael Denhollander: What’s a Girl Worth?

She’s worth more than power and protecting a name. 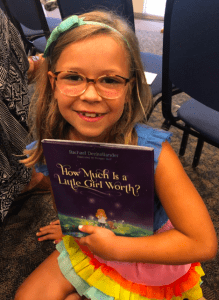 So the trend educators are seeing, and again don’t quote me on this and I know I’m simplifying a far more complicated topic, is fewer and fewer girls entering the fields of math and science. The decline is connected to girls’ lower self-esteem and false impressions of intelligence and ability.

I tucked this research into my mind but mostly my heart years ago, using it each day to motivate and nurture and encourage the first and second-grade girls in my classroom, particularly in the math classes I teach. (Fortunately for my students, I don’t teach science.) It’s not that I ignore the boys. I don’t. But I know girls are less likely to raise their hand, they want to fit in with their peers more than boys, and they are more susceptible to anxiety and depression. I watch them and talk to them and encourage them and try to do my part in the development of healthy self-esteem. I guess you could say I have a heart for young girls, and I care about their emotional health — not just because they are girls, but I know my gifted girls tend toward even greater perfectionism and isolation than peers. For me, the development of healthy self-esteem in young girls is a hill on which I am willing to stake my proverbial cross.

And it’s hard. It’s hard to be a girl and grow up in a culture where women are too often disrespected and disbelieved. You’ve heard women tweet #MeToo? And #ChurchToo? Yes, too often. How can little girls even receive a fair shot at developing strong self-worth when this is the culture in which they are being raised? At what point will they too be subjected to devaluation or degradation or verbal or sexual abuse? Larry Nassar, you may remember, sexually abused more than 300 girls and women, including a six-year-old girl. Six.years.old. 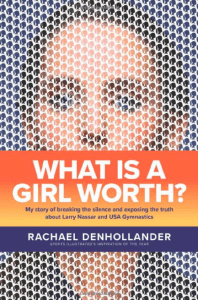 So when I learned of Rachael Denhollander’s two recently-released books, I was hooked, and honestly I was hooked before I even read them. I was hooked when I read the titles What Is a Girl Worth? and What Is a Little Girl Worth? I was hooked because I vividly remember Rachael’s compelling and brave courtroom statement directly to Larry Nassar, the former doctor who repeatedly sexually abused her when she went to him for treatment. She is someone I want to follow is what I thought as I listened to her speak to Nassar on that day in January 2018, and I still want to follow Rachael today. I was hooked because of the reason Rachael writes. She is crystal-clear on her advocacy calling, which is to protect young girls from sexual abuse. I was hooked because our girls, like the ones I teach each day, need the message that Rachael brings, and Rachael has the credibility to bring it to them. They need to hear what they are worth. They need to know they are worth more than grades and assessments and class standings. They need to know they are worth more than… well, everything, including what happens to them when they disclose abuse and are disbelieved and maybe even shamed into silence.

Backing up a bit, Rachael is most known for her successful advocacy in bringing Larry Nassar and USA Gymnastics and Michigan State University (where Nassar practiced medicine) to justice, but she is an equally respected advocate for survivors of church and clergy abuse, now traveling the country and speaking and voicing a call to action. Not only was Rachael repeatedly abused by Larry Nassar, but she was also abused as a seven-year-old in her church’s Sunday School class. Her family lost friendships because they spoke about it. And then, in her adult years, was again suppressed into silence when attempting to prevent a known offender from speaking at her church. So she has credibility and too much experience with this topic, and she bravely shares her trauma and nightmares and confusion and depression in What Is a Girl Worth? Her story is tragic and yet hopeful, and she stewards it well. She stewards it with intensity and intentionality to raise awareness and protect little girls like the ones I teach each day. 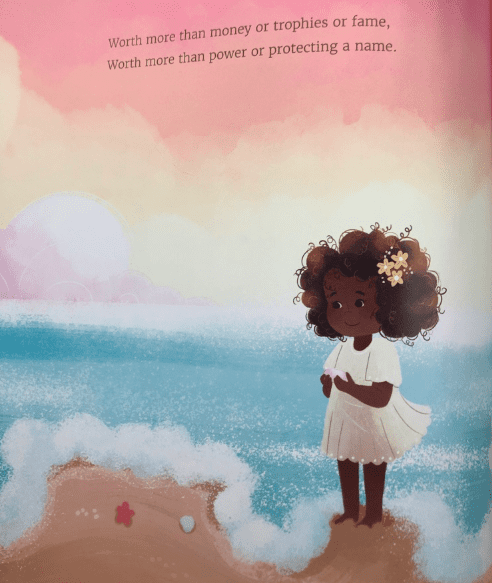 What Is a Girl Worth? is a memoir of sorts, detailing Rachael’s childhood and adult years through the Larry Nassar trial and beyond. She shares her deepest and longest-held secrets, ones she never wanted to have. She shares how speaking up about abuse in her church cost her everything; that leaders and pastors in a complicit church community will protect their own at all costs. Her children’s book What is a Little Girl Worth? is more of a letter or message to young girls, written to them; to tell them they matter because of who they are. My favorite page, and I gifted my copy to my second-grade niece Finley so I don’t have it as I type, is this: What is a little girl worth? She’s worth more than power and protecting a name. Here it is; in my opinion her most important point and reason for writing: Rachael challenges our most powerful churches and leaders to remember the worth of young girls and to do what is right when abuse allegations are reported.

She’s worth more than power and protecting a name. This line is profound in its simplicity and obviously applicable for such a time as this. For a time such as #MeToo and #ChurchToo. How many times have we seen power and name protection taking precedence over a girl’s or a woman’s worth? Too many. We saw it with Village Church and Willow Creek Community Church and the Southern Baptist Churches and USA Gymnastics and Michigan State University, and that’s just a start. And girls and women need to know they are worth more. They are worth more than secrecy and shaming and blaming and truth suppression.

When I look into the eyes of Finley and the little girls in my classes, I am stunned at times by their innocence and purity. And to my horror, they are growing up in a culture where women who disclose abuse against authoritative men are not believed. More times than not, they are shamed and blamed and discredited. Rachael knows because she was one of those women. We should listen to what she says. She speaks with authority on the topic because she has it. She lived it.

She’s worth more than power and protecting a name.

September 9, 2019
With Paul as a Pastoring Example
Next Post

September 10, 2019 To Tell the Truth (RJS)
Recent Comments
2 Comments | Leave a Comment
"'This renewal began first with the renewal of the people of God (chapter 5 or ..."
Kostya2 Putting the Bible Together
"In Christ, there is no Jew or Greek, male or female."
Silverwolf13 Go Home or At Home?
"I just started to read about Scot Mcknight! His arguments are good.However, I recommend Scot ..."
Yechan Namgoong Tim Keller under the Eye
"" if it be Your will" 1 John 4:14,15 says, 14And this is the confidence ..."
disqus_5T2jXBEN10 JesusCreed.org Blog Prayer
Browse Our Archives
Related posts from Jesus Creed