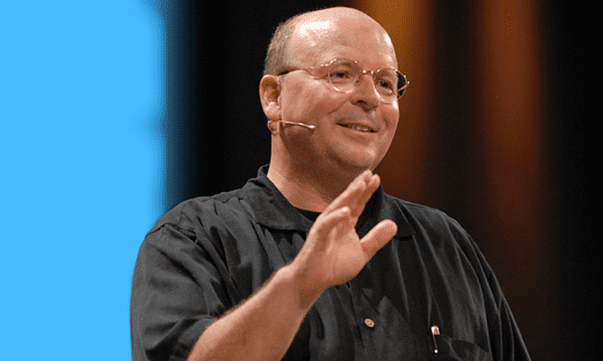 Scot McKnight is a recognized authority on the New Testament, early Christianity, and the historical Jesus. McKnight, author or editor of some seventy-five books, is the Julius R. Mantey Professor of New Testament at Northern Seminary in Lisle, IL.  Dr. McKnight has given interviews on radios across the nation, has appeared on television, and is regularly speaks at local churches, conferences, colleges, and seminaries in the USA and abroad. Dr. McKnight obtained his Ph.D. at the University of Nottingham (1986) and has been a professor for more than three decades.

Scot McKnight is a member of the Society of Biblical Literature and the Society for New Testament Studies. He is the author of  the award-winning The Jesus Creed: Loving God, Loving Others (Paraclete, 2004), which won the Christianity Today book of the year for Christian Living. His books include Embracing Grace: A Gospel for All of Us (Paraclete, 2005), The Story of the Christ (Baker, 2006), Praying with the Church (Paraclete, 2006), The Real Mary: Why Evangelical Christians Can Embrace the Mother of Jesus (Paraclete, 2007), A Community called Atonement (Abingdon, 2007). He broadened his Jesus Creed project in writing a daily devotional: 40 Days Living the Jesus Creed (Paraclete, 2008). His studies in conversion were expanded with his newest book, Finding Faith, Losing Faith (Baylor, 2008), a book he co-authored with his former student Hauna Ondrey. Other books are The Blue Parakeet: Rethinking How You Read the Bible (Zondervan, 2008) and Fasting (Thomas Nelson, 2009), as well as A Fellowship of Differents (Zondervan, 2014) and Kingdom Conspiracy (Baker, 2015).

McKnight wrote a commentary on James (The Epistle of James, NICNT, Eerdmans, 2010), a book on discipleship (One.Life: Jesus Calls, We Follow, 2010), and a Jesus Creed book for high school students (with Syler Thomas and Chris Folmsbee) called The Jesus Creed for Students (Paraclete, 2011). His research on gospel was published in the Fall of 2011 in a book called The King Jesus Gospel (Zondervan, 2011). Along with Joe Modica, McKnight co-edited Jesus is Lord, Caesar is Not (with Joe Modica; IVP, 2013). Also he published an e-book affirming the importance of the doctrine of perseverance in a book called A Long Faithfulness: The Case for Christian Perseverance (Bondfire/Patheos Books, 2013). His most recent commentaries are The Sermon on the Mount (Story of God Bible Commentary; Grand Rapids: Zondervan, 2013), Colossians (NICNT, 2017), and Philemon (NICNT, 2017). In the Fall of 2015 his book on heaven appeared: The Heaven Promise: Engaging the Bible’s Truth about Life to Come (WaterBrook, 2015), and he has a book on angels called The Hum of Angels (WaterBrook) and a book on the Spirit called Open to the Spirit (WaterBrook).

He co-wrote with his daughter a Jesus Creed book for children: Sharing God’s Love: The Jesus Creed for Children, with Laura Barringer McKnight (Paraclete, 2014).

Other books include Who Do My Opponents Say I am? (co-edited with Joseph Modica), Jesus and His Death (Baylor, 2005), A Light among the Gentiles (Fortress, 1992), A New Vision for Israel (Eerdmans, 1999), Turning to Jesus (Westminster John Knox, 2002), Galatians (Zondervan, 1993) and 1 Peter (Zondervan, 1996), Interpreting the Synoptic Gospels (Baker, 1988), and he is a co-editor with J.B. Green and I.H. Marshall of the award-winning The Dictionary of Jesus and the Gospels (IVP, 1992) as well as the co-editor, with J.D.G. Dunn, of The Historical Jesus in Current Study (Eisenbraun’s, 2005). He regularly contributes chapter length studies to dictionaries, encyclopedias, books and articles for magazines and online webzines. McKnight’s books have been translated into Chinese, Korean, Russian, and Portuguese.

Scot McKnight was also ordained by Bishop Todd Hunter to the Diaconate in Churches for the Sake of Others, a segment of Anglican Churches of North America. He and Kris are active in their church, Church of the Redeemer.

Scot McKnight was elected into the Hall of Honor at Cornerstone University in honor of his basketball accomplishments during his college career. He and his wife, Kristen, live in Libertyville, Illinois. They enjoy traveling, long walks, gardening, and cooking. They have two adult children, Laura (married to Mark Barringer) and Lukas (married to Annika Nelson), and two grandchildren: Aksel and Finley.