Because of the Fall: More on the Origin of Evil

Because of the Fall: More on the Origin of Evil August 8, 2020 James F. McGrath

I have already shared one recent interview I did about my work on the origin of Gnosticism and my Enoch Seminar paper on the Talk Gnosis online radio show. Here is another, the Aeon Byte Gnostic Radio program whose latest episode features me talking with host Miguel Conner about the topic “The Shared Origins of Monotheism, Evil & Gnosticism”, focusing particular attention on how it relates to the subject of evil. I hope you enjoy listening to it half as much as I enjoyed being part of the conversation!

Let me also share some thoughts on another matter related to how some account for the origin of evil. As an academic with the interests that I have, I definitely have a few pet peeves. One is when people refer to conservatives who “take the Bible literally.” They don’t. They may take some parts of it literally. But they consistently ignore other parts that don’t suit them, whether it be the dome over the Earth or Jesus’ statement in no uncertain terms that no one can be his follower without giving up all they possess.

Another pet peeve is when people say that death, animals being carnivores, disease, destructive storms, and a whole host of other things exist in the world “because of the Fall.” When someone said this in a casual way on Facebook recently, I decided to respond, and thought that I would share what I wrote with readers of my blog as well.

I think the “because of the Fall” idea really needs to be examined critically in ways that it never is by those who use the phrase but almost never is even by detractors. What is meant? That human disobeying God can cause atmospheric phenomena that generate lightning? That humans eating fruit from a tree melted magma in the Earth? Or that as punishment God rewired the brains and altered the teeth of some animals to make them carnivores, unleashing suffering more on other animals than on humans? I don’t think anyone should use this phrase who hasn’t addressed these issues, and I don’t think anyone should be allowed to get away with growing this unbiblical and illogical idea into a conversation without getting pushback about what they actually envisage.

That’s what I said. Do you come across this viewpoint as often as I seem to? How do you respond? What else do you think I might have said that could have addressed this problematic way of speaking even more effectively?

For those used to hearing that the origin of evil can be attributed to Adam and Eve, hopefully the above makes clear why that viewpoint actually makes little sense when one views evil as a problem in the wider cosmos and not merely in the human realm. No wonder the ancient Gnostics, the Enochic literature, and many other streams of thought sought an explanation elsewhere!

I mentioned in my earlier post that I hope to talk to Tony Burke about his recent edited volume bringing together extracanonical Christian texts. We are working on it and so that will be coming your way very soon!

Answers in Genesis Passes Judgment on OEC, TE, and even NT Wright and Francis Collins…(and I somehow tie this all into 2020 Politics)

100 Reasons the Earth is Old

A Thick Layer: A Fine-Tuned Critique of Arvin Ash

Kind of Confusing – Young-earth Creationist’ Classification of the Bombardier Beetle

The State of Faith and Science at Internet Monk

Answers from Jeanson: Revealing the Truth of Joseph’s Global Famine?

August 7, 2020
Coaching and Curation in the Covid-19 Classroom
Next Post

August 9, 2020 #CFP Heartland: U2’s Looking For American Soul An International Virtual U2 Conference For Scholars And Fans
Recent Comments
0 | Leave a Comment
Browse Our Archives
get the latest from
Religion Prof: The Blog of James F. McGrath
Sign up for our newsletter
POPULAR AT PATHEOS Progressive Christian
1 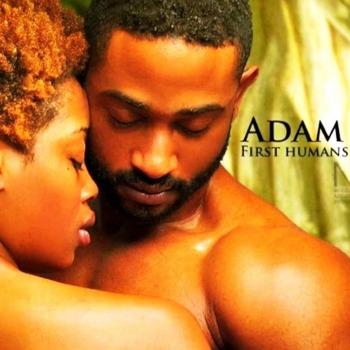