From SBL to GenCon 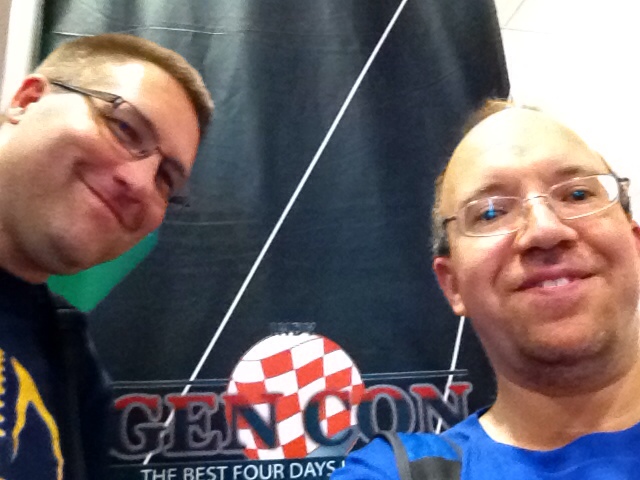 Chris Heard has the honor of being the first person that I know from SBL that I have met at GenCon. We didn't just happen to run into each other, but arranged to meet for lunch. It was great to chat about gaming, Christianity, Biblical studies, and some of the possible ways these might intersect.

GenCon has me thinking about ways to utilize role playing gaming in courses that I teach, or that I could teach. For instance, I could imagine a game that involves invading Canaan, where one has to deal with the realities of various historical periods in which the Exodus has been dated – such as the Egyptians being firmly in control of the region, for instance. It might drive home that certain proposed dates simply do not fit the data we have – and that none of them would fit precisely what the Bible describes, but some dates might fit something that could have given rise to the traditions now found in the Bible.

As I am teaching a class on Paul and his letters this semester, I was also thinking it might be interesting to have students research and create realistic period characters, and role play how they might respond to Paul's proclamation.

I don't like gamification for gamification's sake, but I am sure there are ways that one can incorporate a game of some sort into a class and have it serve a real pedagogical function. I know people who play historically-based games and whose knowledge of military history is far more extensive than it would have been without such gaming being a part of their experience.

Do any blog readers have experience of such educational gaming?

August 15, 2014 Settlers of Canaan
Recent Comments
7 Comments | Leave a Comment
Browse Our Archives
get the latest from
Religion Prof: The Blog of James F. McGrath
Sign up for our newsletter
POPULAR AT PATHEOS Progressive Christian
1