Jim Linville will be giving a conference paper in November with what may be the most amusing title on the program at SBL:

May Contain Nuts and B.S. (Biblical Studies): The Politics of Academic Legitimacy Online and the Need to Properly Theorize the Category “@%!#*! Loonie”

He has now put out an appeal for help in defining (and properly theorizing) the category he mentions.

Since his paper will be about scholarly blogging and the way(s) that scholarly bloggers identify, define, and interact with those viewpoints that might be deemed fringe, crackpot, and/or pseudoscholarly, and since these sorts of views are discussed frequently here, it seemed natural to link to his post, as well as to raise the question here. What makes a viewpoint utter bunk? What if anything differentiates a view beyond the fringe of scholarship from one at the fringe of scholarship? And how have you seen scholarly bloggers deal with comments that reflect such views? How do you think we should deal with comments from people promoting views that seem to us to be not merely unscholarly but fundamentally opposed to the endeavor that is scholarship? 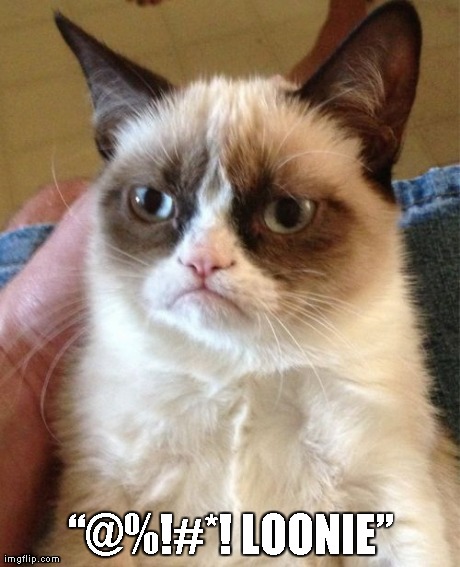 August 9, 2014 Fossil Hunting is Unbiblical
Recent Comments
20 Comments | Leave a Comment
"Might I also add a couple of things which reminded me of The Time Machine. ..."
Dalek1963 Doctor Who: Orphan 55
"The revelation has been done before--see Planet of the Apes--but it works because it's true. ..."
Melanie N. Lee Doctor Who: Orphan 55
"Thanks for finding all the little nuances, some I recognized and some I didn't."
gospelaccordingtodoctorwho Doctor Who: Orphan 55
"Like most ancient authors, that wasn't an exclusive concern. I think that Matthew knew, for ..."
James F. McGrath Mythicism, Isnads, and Pseudepigrapha
Browse Our Archives
Follow Us!

The Peripatetic Preacher, the Narrative Lectionary, and Mark...
Mark 5 presents to us two of the more famous healings in...
view all Progressive Christian blogs
What Are Your Thoughts?leave a comment
Copyright 2008-2017, Patheos. All rights reserved.