Doctor Who: The Caretaker

The Doctor Who episode “The Caretaker” has more than one possible meaning, presumably intentionally. The Doctor goes undercover at the school where Clara teaches, as a “caretaker” or custodian. But what he is actually doing there is “taking care” of Earth, seeking to find and remove a deadly robot.

But the episode begins with Clara running back and forth between her life with the Doctor and her life with Danny. And so we actually multiple other instances of caretaking – the Doctor and Clara take care of each other in a variety of predicaments, Clara doesn’t tell Danny about her adventures, perhaps to protect him, perhaps to protect herself and their relationship.

And in the Doctor’s concern about Clara’s relationship with Danny, he is trying to take care of her. Although very happy when he thinks Clara has chosen a man in a bow tie reminiscent of his previous regeneration, he is less thrilled with Danny. But as becomes clear, he’s concerned about whether he’s “good enough” for her.

There are a couple of religious phrases thrown in for no obvious reason – the Doctor says that it is time for the school assembly at one point, adding, “Go and worship something.” He also later uses the phrase “Sing Hosanna.”

And of course, the presence of heaven, the afterlife, the nethersphere at the end of the episode has religious overtones, but what exactly it is is still unclear. But we now see that it has, in addition to Missy, other people that “work” there.

The episode also explores the theme of who we are in the presence of various people, and which of them is who we “really are.” Particularly poignant is the highlighting of the role of mentors, people who push us in ways that enable and motivate us to do things that we never would have thought we could do. And when we have encountered such people, as a result we get the opportunity to “see wonders” (to quote Clara). 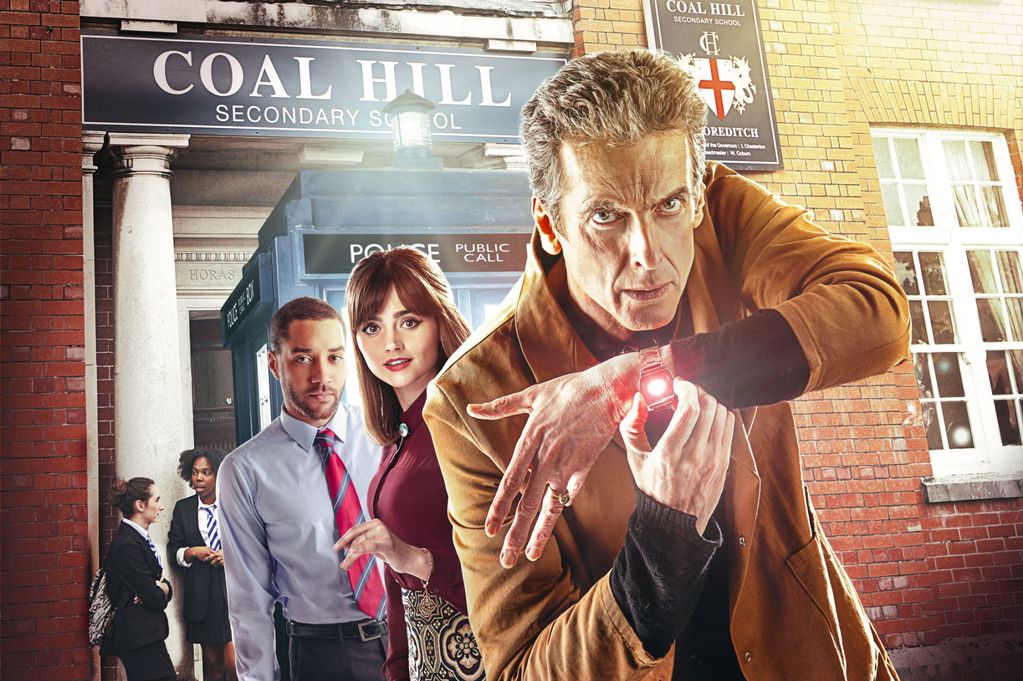 September 28, 2014 Aliens Helped Humans Build the Pyramids
Recent Comments
7 Comments | Leave a Comment
"Glad you found your way here!"
James F. McGrath Donald Trump vs. the Kobayashi Maru
"The devil is a funny funny topic!"
davidt Fox News is Full of Sith
"If 'there are' 'in fact' two 'coexisting' 'universes', then whatever is trapped in one of ..."
tell me when it's over Is It Reasonable To Believe In ..."
"Just discovered this blog through a reference on a Youtube channel I follow. And what ..."
Dan McCollum Donald Trump vs. the Kobayashi Maru
Browse Our Archives
get the latest from
Religion Prof: The Blog of James F. McGrath
Sign up for our newsletter
POPULAR AT PATHEOS Progressive Christian
1