Mythicism and the Teacher of Righteousness

A comment was left here recently by a mythicist, which asked why, if there was a historical Jesus, he (1) is mentioned for the first time by people other than his followers so much later, (2) none of his contemporaries took an interest in him, and (3) his biography seems pieced together out of parts of the Jewish Scriptures. 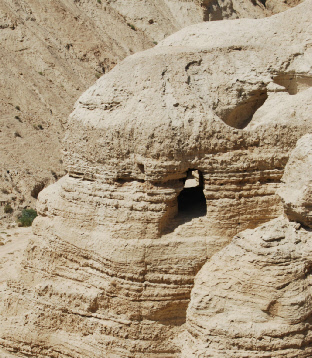 The same can be said of other figures, like John the Baptist, and even more so, the figure we know only as the Teacher of Righteousness at Qumran. The latter was completely unknown to us until we happened to discover that sect’s trove of texts in the middle of the 20th century. Just about everything they say about him is couched in the language of the Jewish Scriptures, if not indeed direct quotes with commentary. And whereas the Essenes viewed him as possibly the most important person to yet have lived in history, no one else takes any notice of him, and the sect itself gets scant attention from ancient authors.

One of the serious shortcomings that typifies the majority of mythicists is their lack of in-depth knowledge of other Jewish literature from around the time of Christianity’s origins, which provides crucial contextual information if we are to make the best possible historical sense of our earliest Christian texts. Another is the lack of appreciation of the difference between insider and outsider perspectives. One could point, as a modern example, to David Koresh, whose sense of his own importance, shared by a small circle of followers, was decidedly apocalyptic in character. But were it not for the events surrounding his death, few would probably know who he is today. Mythicists are frequently ready to list allegedly parallel movements and literature to that of early Christianity, drawing from far and wide and often with relatively slim similarities. Yet the closer parallels, from apocalyptic millenialist movements which viewed their leader as God’s chosen one of the end times, are barely given a mention, even though the apocalyptic character of the teaching of Jesus and of the early Christian movement is well-established. 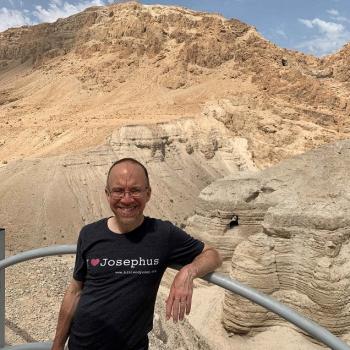 Progressive Christian
In the Footsteps of John the Baptist 7:...
Religion Prof: The Blog of James F. McGrath