Shannon sees Walt again, once more dripping with water, and he speaks backwards. Sayid thinks she was dreaming. Shannon tries to get Vincent to lead her to Walt, but instead he takes her to Boone’s grave.

Claire mentions the possibility that Charlie is a religious freak, and when Locke says he doubts that, Claire tells him that Charlie has a statue of the Virgin Mary.

Michael asks why they have to keep quiet, and we learn that 12 of the tailies were taken by the others. Later, as they are traveling, Cindy goes missing, then we hear the whispers.

Locke plays backgammon with Charlie. The image of backgammon, with two sides competing, was the primary symbol of the show’s mythology.

This episode has important backstory about Shannon. We judged her, seeing her manipulate Boone to get money later in life, but now we see how she was deprived of a rare internship opportunity at the Martha Graham Institute by her stepmother. On the island, Sayid says he believes in her, then they hear the whispers, and Walt tells them to shush, but Shannon runs after him. We have our assumptions about her challenged just in time to see her die, shot by Ana-Lucia. And so the story, even as it is making us afraid, it is warning us about what fear makes us become. 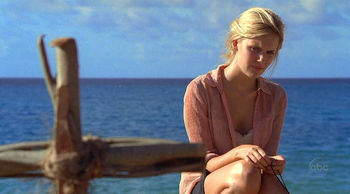 December 22, 2014 Happy Holidays
Recent Comments
0 | Leave a Comment
Browse Our Archives
get the latest from
Religion Prof: The Blog of James F. McGrath
Sign up for our newsletter
POPULAR AT PATHEOS Progressive Christian
1 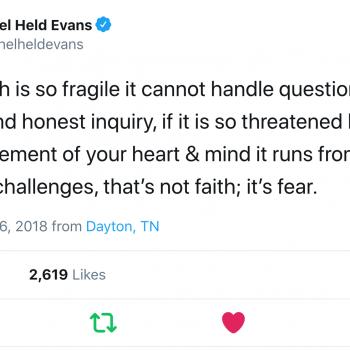 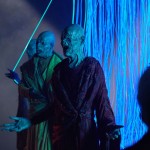 Progressive Christian
Doctor Who: The Pyramid at the End of...
Religion Prof: The Blog of James F. McGrath