Nothing is Impossible for God, Except Evolution

I always find it ironic when young-earth creationists and other anti-science folks say that biological evolution seems to them too fantastic to believe, despite the strong evidence showing that it occurred – and then proceed to say they believe something even more fantastic and which is at odds with the evidence.

If your stance is that nothing is impossible with God, then that includes not just creation in an instant and creation in six days and intelligently designing malaria, but also evolution.

If evolution seems impossible to you, then maybe you need to enlarge your vision of what God is capable of. 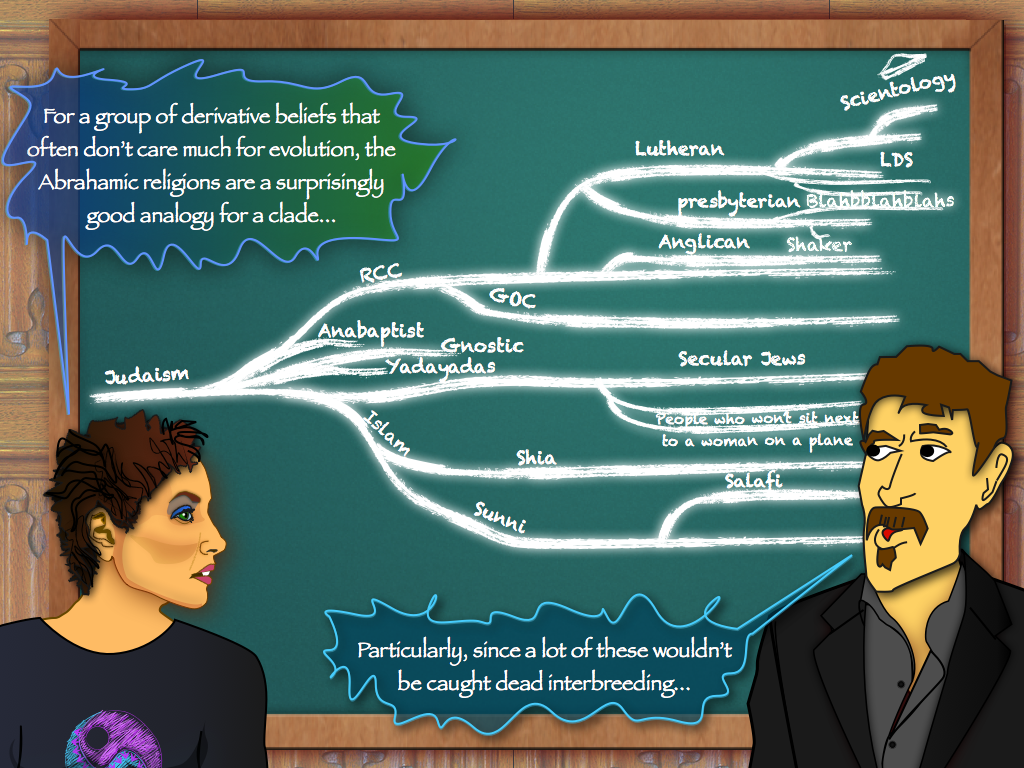 Don’t look too seriously at the branches, unless you want to be irritated. Most of them are wrong. I think they are offered tongue-in-cheek, and not because the maker of the tree really thinks that Anabaptists are older than Islam. Note the presence of Yadayadas and Blahblahblahs on there.