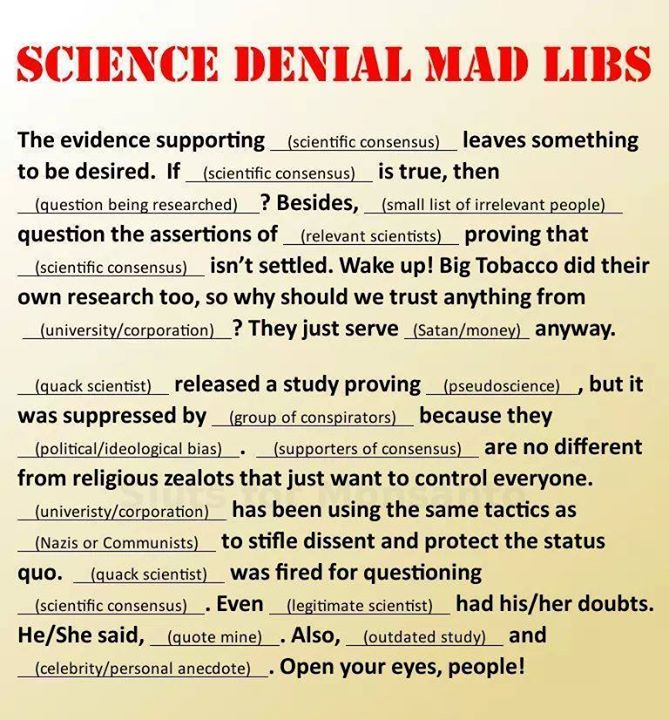 Also note how well this works:

The scholarly consensus regarding the historical Jesus leaves something to be desired. If Jesus is historical, then why are the details of his life absent from Paul’s letters? Besides, Richard Carrier, Robert Price, and others have challenged the views of scholars like Mark Goodacre and James Dunn, proving that the historicity of Jesus is far from a settled matter. Wake up! Big Tobacco did their own research, and so why should we trust anything from New Testament scholars. They just serve the interests of Christianity anyway. Look at all the scholars in the 19th century whose jobs were threatened when they tried to publish views that were at odds with Christian orthodoxy. Historical Jesus scholars are no different from religious zealots who just want to control everyone. The academy has been using the same tactics as the Nazis to stifle dissent and protect the status quo. Richard Carrier couldn’t get a job at a university because he questions the historicity of Jesus. Even James McGrath had his doubts. He said, “mythicism will persuade a majority.” Also, Arthur Drewes and Bill Maher. Open your eyes, people!