Several years ago, I shared a blog post which sought to rank the top three tiers of journals in New Testament studies. That list by Peter Head was as follows:

The personal ranking is simply a PMH top five. Personal opinion based on experience, discussion, rejection rates (when known), editors.The top tier is simply those journals ranked at the top of all four lists:

The second tier are those journals lacking a single top rank:

The third tier is the one other journal lacking two separate top rankings:

When I was recently asked about this subject once again, I happened across the SCImago Journal Rankings on Religious Studies, and took this screenshot of the 2013 ranking, thinking it might be useful: 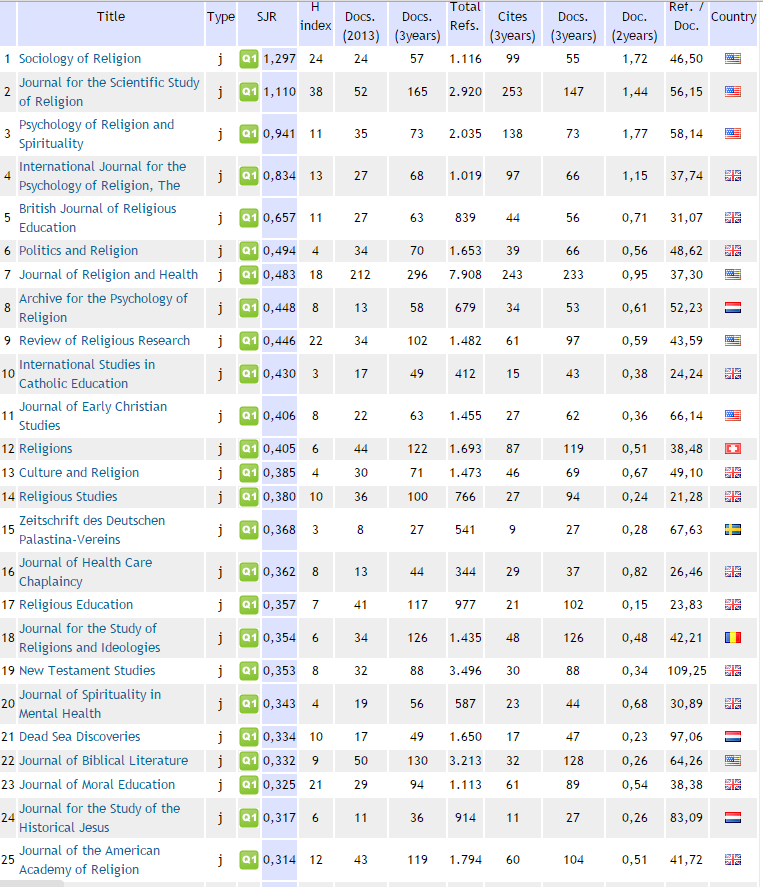 Of related interest, see too David Lincicum’s post about the latest ranking of UK religious studies and theology programs.