At Least Be Humble

I have a high degree of tolerance for people who promote pseudoscience and pseudoscholarship. I’ve been there and done that myself. One of the reasons I keep blogging is to engage with those sorts of claims.

But if you are going to insist that the world’s scientists or historians or any other experts are all wrong, and you and a small group with a fringe viewpoint are the ones who have things right, then I must insist that you adopt an appropriate attitude of humility.

If you had any understanding of the difficulty of scientific and scholarly research, of the odds of your being right without having done such research, or of the odds of the world’s experts agreeing frivolously and foolishly despite the evidence allegedly being against them, you would make fringe claims with not just humility and caution, but with trepidation. You certainly wouldn’t be arrogant and dismissive.

So by all means fight your quixotic battles here. Take on the arguments of science, history, medicine, or whatever else takes your fancy. Try to respond to the claims of mainstream scholarship, and try to ask insightful questions of your own.

Adopt a fringe view if you must. And by all means defend it heroically. But the appropriate attitude while doing so is not one of dismissive arrogance. Because if you think that the world’s experts are just a bunch of fools, or conspirators, or deluded ideologues, then you must surely be a foolish, deluded, ideologically-driven conspiracy-theorist yourself to think that. And being one of those is nothing to be boastful about. 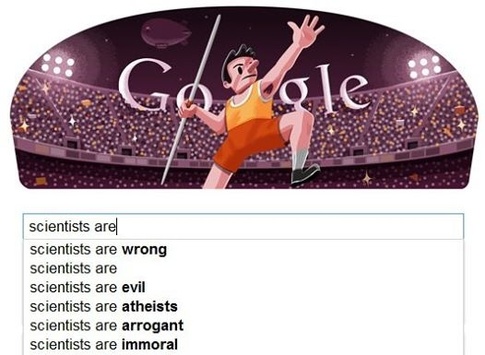 February 19, 2015 How Liberal Scholars are Made
Recent Comments
26 Comments | Leave a Comment
Browse Our Archives
get the latest from
Religion Prof: The Blog of James F. McGrath
Sign up for our newsletter
POPULAR AT PATHEOS Progressive Christian
1