Dale Tuggy posted not that long ago on the late Marcus Borg’s view of God, declaring it essentially a form of atheism.

This is a very old accusation. Mystics in the Islamic tradition were accused of pantheism, which Richard Dawkins famously declared to be nothing more than “sexed-up atheism.” Hume depicts the mystical theist Philo as being accused of atheism in his Dialogues Concerning Natural Religion

It is interesting that, when thinkers increase the degree to which God is thought of as truly ultimate, transcendent, and infinite, and less anthropomorphically, this is viewed not as a more majestic view of God, but as “atheism.”

I think what this shows is that many theists in fact view God as a being who may be more powerful than others, but differs from them in degree rather than kind. And so one could counter this accusation of atheism in kind with an accusation that such theists are both atheists and polytheists. They are atheists inasmuch as they deny that God is the truly ultimate. And they are polytheists inasmuch as they demote God to one being among others.

Patrick Arnold’s recent discussion of “Ultimism” in his review of Evolutionary Religion by J. L. Schellenberg

also touches on this topic.

Ironically, while some traditional theists would like to label liberal theists, panentheists, mystics and others with these sorts of views as “atheists,” very often atheists are happy to do the same and claim those individuals as their own, as for instance Peter Mosley recently tried to do with President Obama. And of course, atheists and conservative religious people are often happy to join forces in labeling those who are not conservative as “less faithful” to a religion, as Henry Neufeld recently highlighted.

What do you think? Is emphasizing that the ultimate is beyond human comprehension, and beyond human categories like personhood, an expression of atheism? Or is Tuggy wrong to suggest that there is a non-naturalistic atheism which can be called ultimism, which renders the view of many classic Hindu texts, and of many progressive and liberal Christians and Jews, “atheism”? Is saying that God is not a thing saying that God is nothing, or elevating God above the level of things? 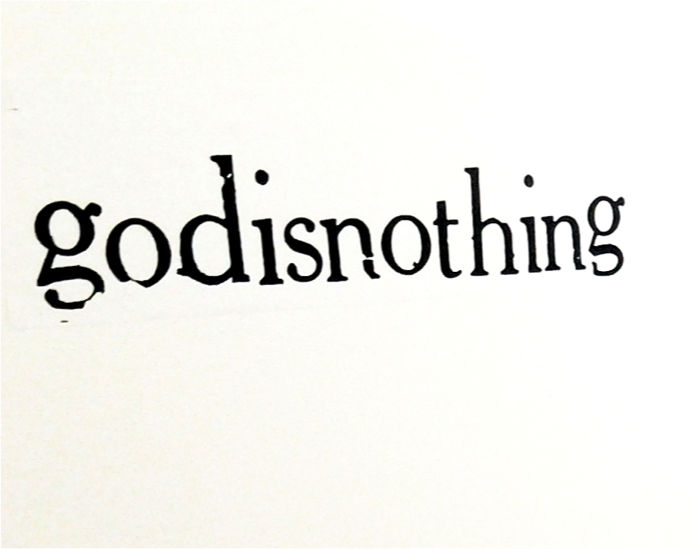 February 26, 2015 Perpetuating Injustice
Recent Comments
78 Comments | Leave a Comment
"It's particularly amusing that the endorsement is attached to the KJV bible that was written ..."
rationalobservations? Warning Labels for Christianity?
"Just did a blog post trying an LGBTQ+ friendly interpretation of Christian origins. Check it ..."
John MacDonald Struggling with Homosexuality
"Probably the same religion that brought us public schools, mass public hospitals, the scientific revolution, ..."
Chris H Michele Bachmann Cites Famous Social Justice ..."
"I wonder what religion it was that was responsible for the genocide of the Native ..."
Hutchins Michele Bachmann Cites Famous Social Justice ..."
Browse Our Archives
get the latest updates from
Religion Prof: The Blog of James F. McGrath
and the Patheos
Progressive Christian
Channel
POPULAR AT PATHEOS Progressive Christian
1