Tertullian claims that the Acts of Paul and Thecla were forged in his time, and that a particular individual confessed to having done so. In the past, I’ve been willing to accept Tertullian’s account. But I am beginning to think that perhaps I should treat Tertullian’s claim with a greater degree of skepticism.

One reason for rethinking my view of this is the fact that the Acts of Paul and Thecla seem to so closely mirror what we find being argued against in the Pastoral Epistles. Forbidding of marriage, and women as leaders, are among the things the author of the Pastorals opposes. And the Pastoral Epistles seem to date from the second century at the latest.

And so I am inclined to think that, even if someone in Tertullian’s time did produce a work known as the Acts of Paul and Thecla, then (as some scholars have suggested in the past) that work was a compilation of stories that already existed either in part or in their entirety.

Have you read the Acts of Paul and Thecla? What is your view on Tertullian’s claim that he knows who wrote them and when? 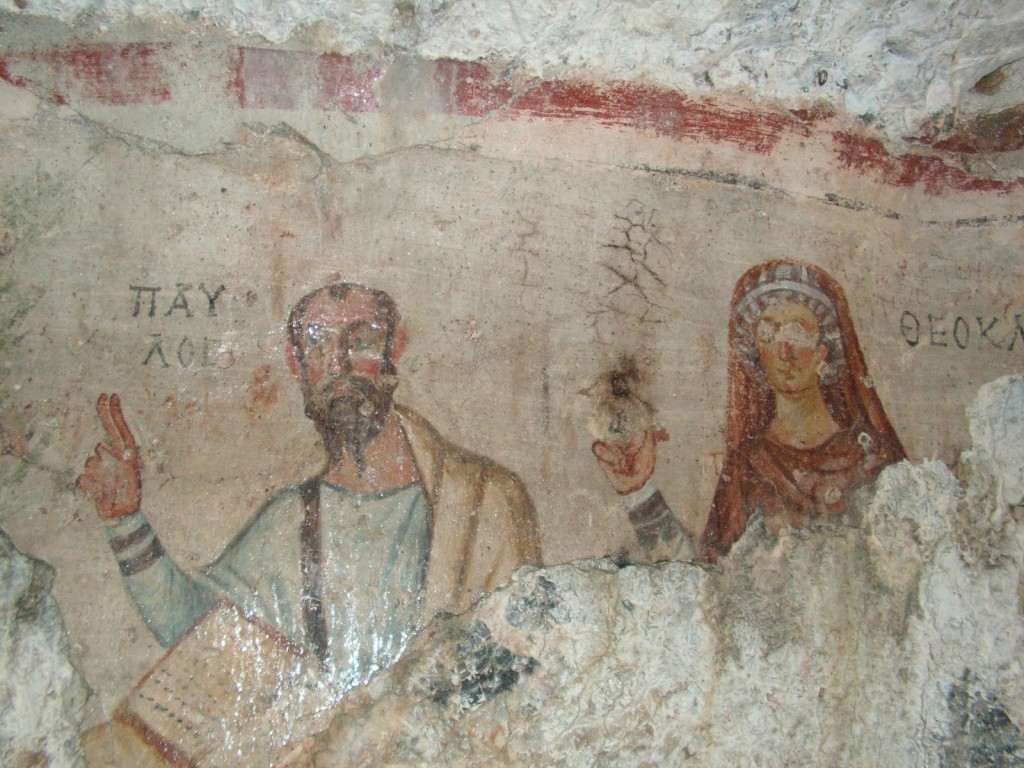 February 4, 2015 LOST Rewatch: Left Behind
Recent Comments
4 Comments | Leave a Comment
"I doubt there are any specific requirements to attend."
James F. McGrath Bratislava Conference 2022 – Receptions of ..."
"Are non-academics allowed to attend this online conference?"
LivingEND Bratislava Conference 2022 – Receptions of ..."
"It doesn't translate words. There is a long history of finding significance in individual letters, ..."
James F. McGrath The “Original Aramaic Lord’s Prayer” is ..."
"You can see that in the spirit of what he is doing."
bflaherty The “Original Aramaic Lord’s Prayer” is ..."
Browse Our Archives
Related posts from Religion Prof: The Blog of James F. McGrath