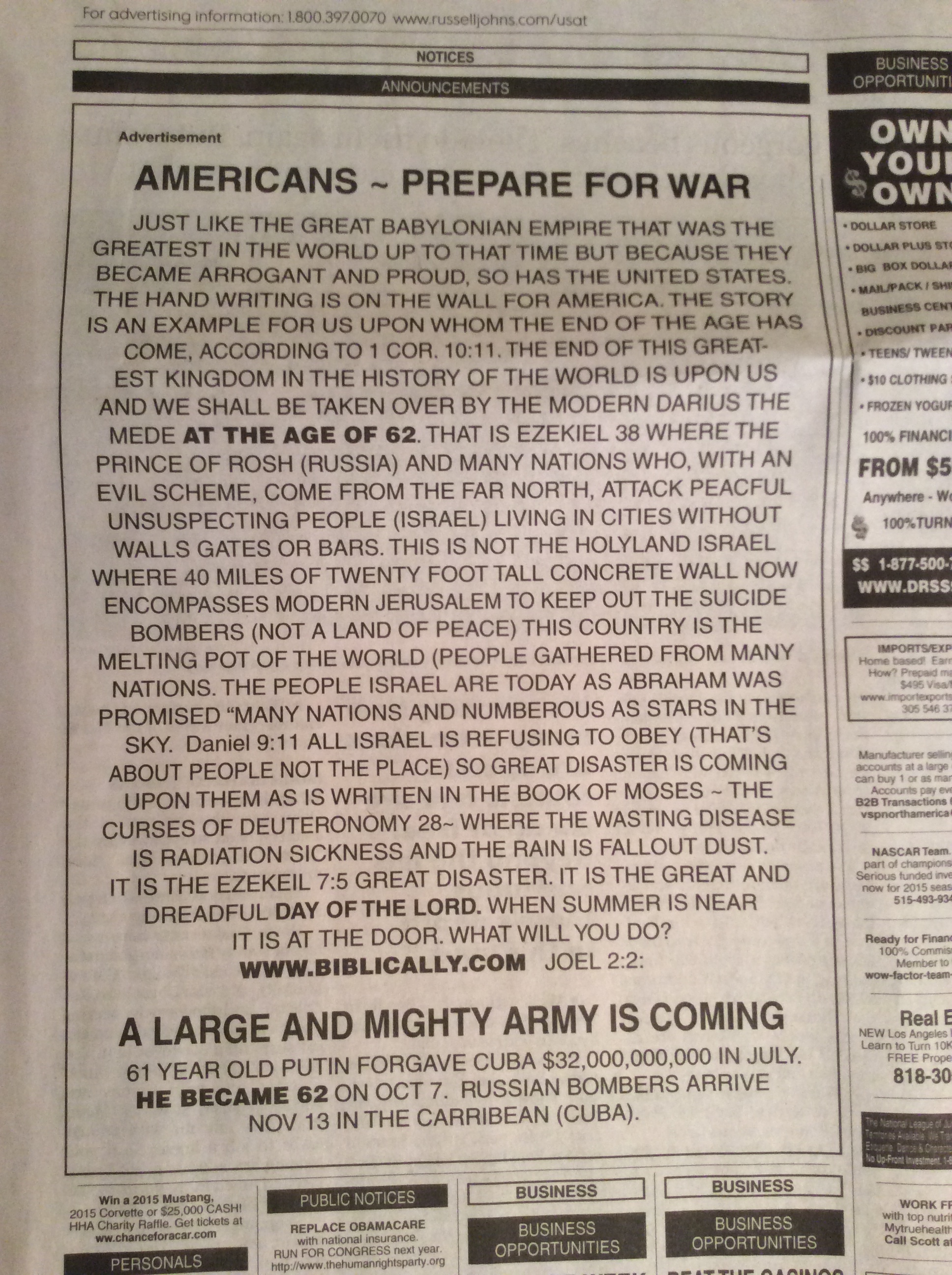 Did you see the above advertisement in today’s USA Today? This quote from an article by Quassim Cassam on conspiracy theory thinking:

It is in the nature of many intellectual character traits that you don’t realise you have them, and so aren’t aware of the true extent to which your thinking is influenced by them. The gullible rarely believe they are gullible and the closed-minded don’t believe they are closed-minded. The only hope of overcoming self-ignorance in such cases is to accept that other people – your co-workers, your spouse, your friends – probably know your intellectual character better than you do.

Whoever placed that ad needs some feedback, and needs to listen to it. That feedback should include pointing out that the form “numberous” is obsolete.

See also Hemant Mehta on apocalyptic interpretations of the eclipse.