Redemption in Star Wars and Christianity 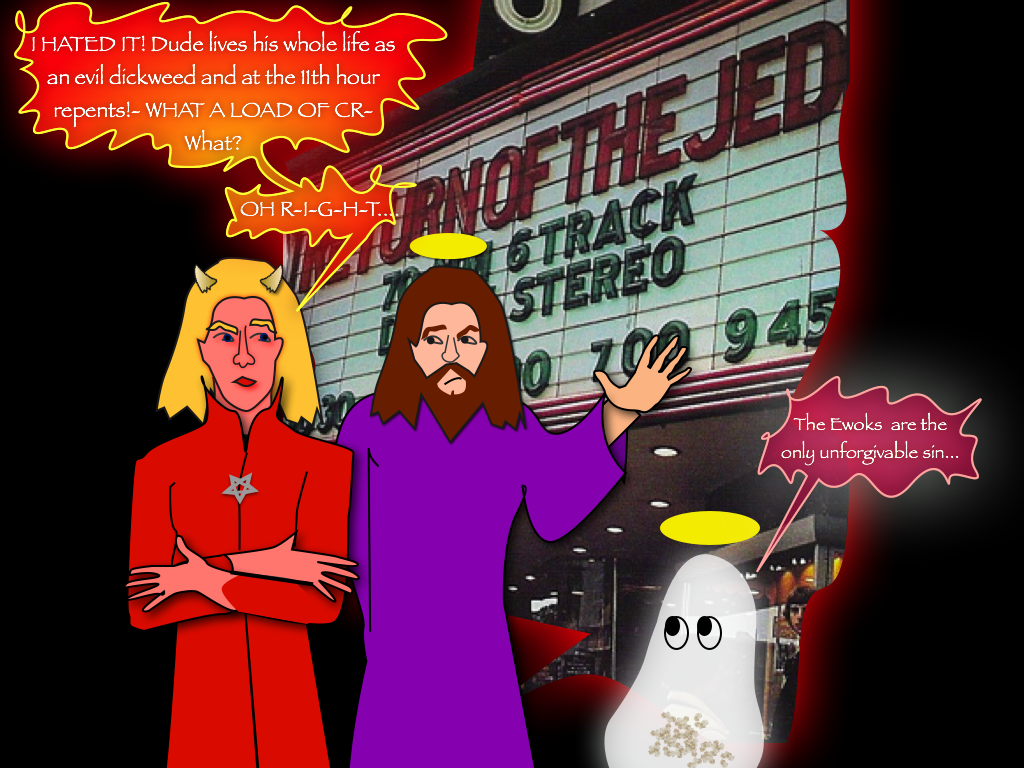 The above cartoon from Pictorial Theology raises interesting questions (even if I disagree with what it says, especially with regard to Ewoks).

On the one hand, the message of cheap grace that is popular in much contemporary Christianity is profoundly unbiblical. Paul, supposedly the greatest proponent of this message, asked the Corinthians Christians, “You know that wicked people will not inherit the kingdom of God, don’t you? Stop deceiving yourselves!”

On the other hand, to the extent that redemption – genuine change, turning one’s life around – is an emphasis of Christianity, isn’t it portrayed well on Star Wars? Or could nothing Anakin Skywalker did make up for his earlier sins?

This is a subject I’ve explored on this blog before, and so please do visit some of my earlier posts on the subject, such as: Redemption in Science Fiction, Saint Vader, and Darth Jesus.

I suspect that there are people who will be moved by one or the other – Darth Vader’s turnaround but not that of the thief on the cross, or vice versa. It would be interesting to hear whether those who feel as they do can articulate clearly the reason for their viewpoint.

March 29, 2015
John the Baptist's Bones, Serapion, and the Mandaeans
Next Post