I’ll be giving a paper at SBL in November comparing sci-fi canons (with particular focus on Star Wars, given the new direction the franchise is taking) and Biblical canons. And so I was struck when a couple of items came to my attention today, all connected by the use of the phrase “The Holy Trilogy,” an obvious play on the “Holy Trinity.” For many fans, the original three films are sacrosanct. Others think the rejection of the prequels is a blasphemous rebellion against the authority of Emperor Lucas.

Here’s a cartoon, from a series “The Holy Trilogy” by Ryan Roos, that makes an interesting parallel (and which might make it into my SBL powerpoint):

And then there were these photos taken by Steven Kiefer at the recent Star Wars Celebration in Anaheim, where the canon was discussed: 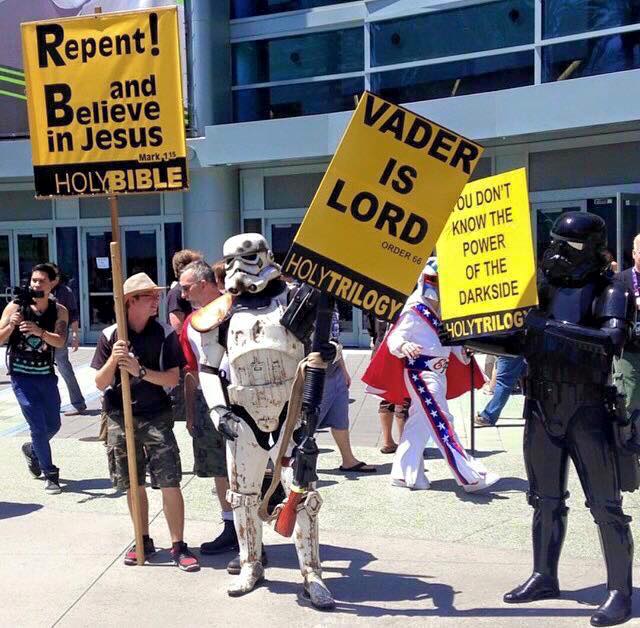 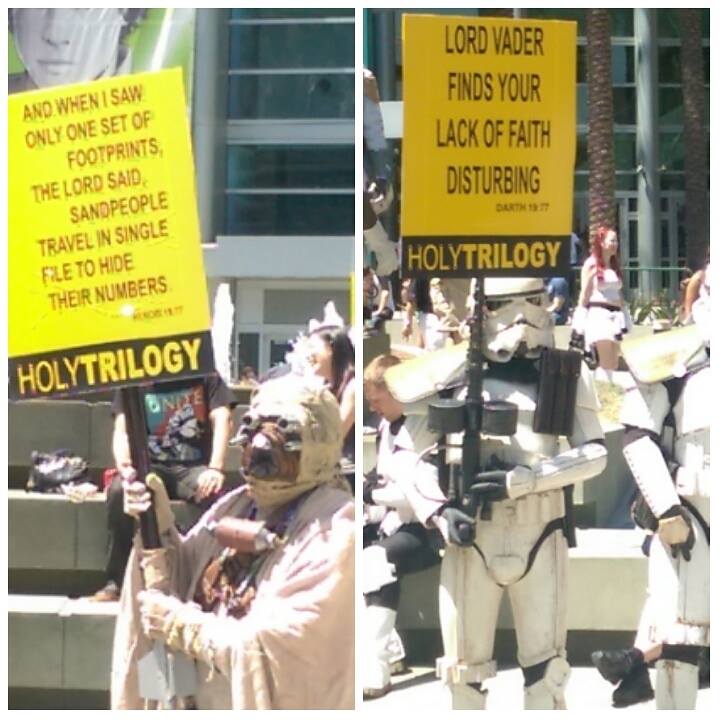 I’ve shared thoughts here before, and will share more here as well as in my paper in November. What do you think can be learned by comparing science fiction and Biblical canons – and they ways their fans use them and debate them?

I may also need to include this College Humor video:

April 20, 2015 Christian Robots
Recent Comments
2 Comments | Leave a Comment
Browse Our Archives
get the latest from
Religion Prof: The Blog of James F. McGrath
Sign up for our newsletter
POPULAR AT PATHEOS Progressive Christian
1