The news has just broken that the Supreme Court of the United States has issued its decision in a case that came before it regarding marriage between two people of the same gender.

Their decision legalizes same-sex marriage throughout the United States.

This is a major milestone in U. S. history.

Click through to read the full text of the decision on the Supreme Court website, or on the Mother Jones website, with additional information on the SCOTUS blog. The rationale includes an interesting discussion of the history of marriage, and of cases about same-sex marriage. Here’s a snippet from a key part of the conclusion:

These considerations lead to the conclusion that the right to marry is a fundamental right inherent in the liberty of the person, and under the Due Process and Equal Protection Clauses of the Fourteenth Amendment couples of the same-sex may not be deprived of that right and that liberty. The Court now holds that same-sex couples may exercise the fundamental right to marry.

Another key quote is this one: “No union is more profound than marriage, for it embodies the highest ideals of love, fidelity, devotion, sacrifice, and family. … [The challengers] ask for equal dignity in the eyes of the law. The Constitution grants them that right.”

It will be interesting to see how opponents of marriage equality react, and how it affects the climate of the so-called culture wars in the United States. What do you anticipate happening in the coming days – other than a number of weddings? 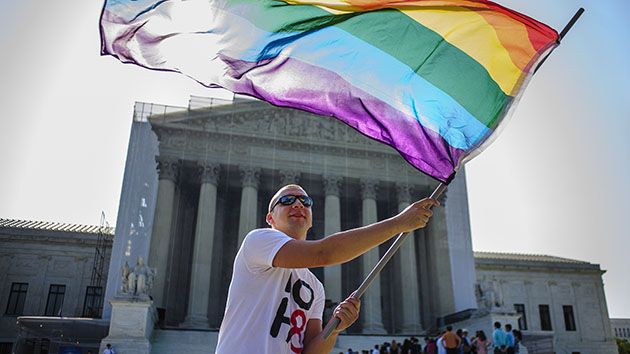